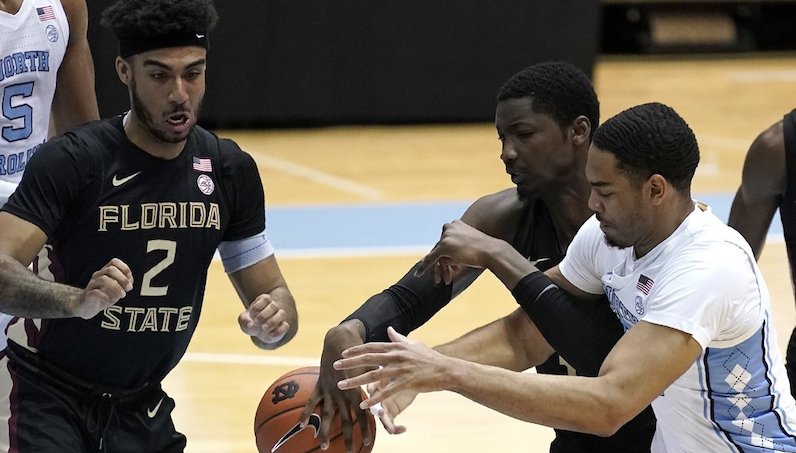 Once again, only three ACC men’s basketball teams land in this week’s AP Top 25 Poll. That list starts with Florida State; Leonard Hamilton’s club ranks No. 11 after a win over Miami and a loss at UNC. Virginia, which is in the midst of a three-game losing slide, drops to No. 21. Virginia Tech rounds out the group at No. 22

POLL ALERT: Undefeated Gonzaga still No. 1 but Michigan takes over at No. 2 after Baylor's loss; Iowa jumps to No. 5.

Three other ACC teams received some votes, but landed outside the AP Top 25: Clemson, North Carolina and Louisville.