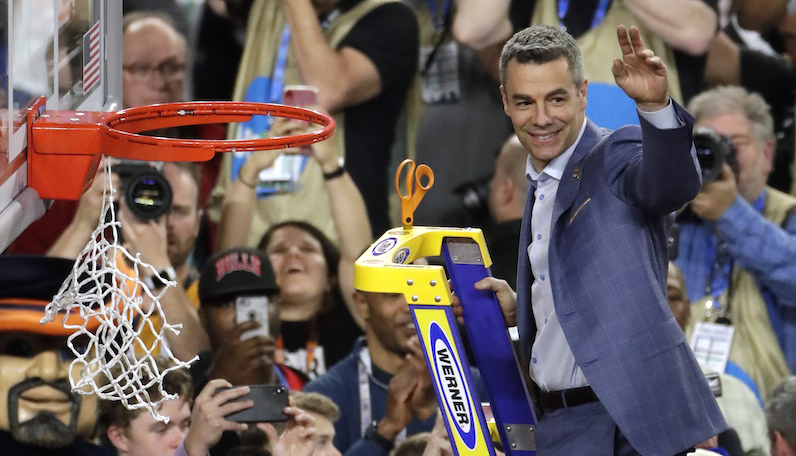 Up in Charlottesville, it is busy times for Virginia Basketball. In the week following the program’s national title, three players declared for the NBA Draft, the Hauser brothers left Marquette and UVA emerged as the frontrunner and the team landed another 2019 commitment. Justin McKoy.

His commitment to Virginia comes less than a week after Roy Williams and North Carolina offered McKoy, too.

McKoy is 3-star prospect; 247 Sports rates him as the No. 91 small forward in the 2019 recruiting class. The 6-foot-8 McKoy hails from Cary, N.C. where he plays prep ball for Panther Creek High School. Quickly, the Research Triangle is becoming a serious pipeline for Tony Bennett and UVA.

Tony Bennett showing up in the Triangle in 2020-21 season with a starting lineup of:

Like an older brother punching you with your own fists.

Virginia’s 2019 class now sits at three players — McKoy along with signees Kadin Shedrick and Casey Morell, both 4-star prospects. McKoy averaged 24.6 points and 10.6 rebounds per game in the 2018-19 season, per Max Preps.

The former Penn State signee pledged to Virginia while Bennett is currently on vacation, according to a post from Wahoos 247.