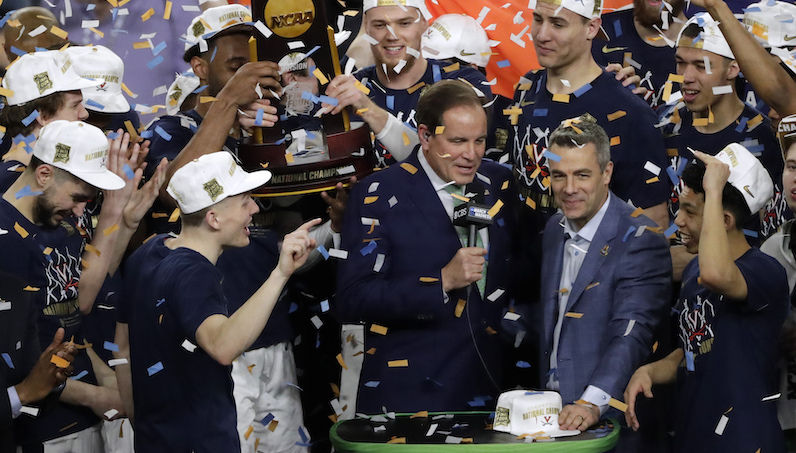 Two days after his team defeated Texas Tech in overtime to win the 2019 NCAA Men’s Basketball Tournament, Virginia Basketball coach Tony Bennett joined The David Glenn Show. A little over a year removed from the program’s collapse against UMBC, Bennett and DG discuss what the last 13 months have been like, the personality of Ty Jerome and the impact of role players, like Kihei Clark.

Tony Bennett on point guard Ty Jerome calling out Stephen A Smith:
What he's done for this program, and who he is … He's like our Tom Brady, managing the game. He & I are similar in a lot of ways. I love his competitiveness, & his comes out differently than mine, which is OK.

Bennett also mentions how and why he was able to work in a post-game Masters request with Jim Nantz of CBS, too.

Click to listen to the interview with Tony Bennett