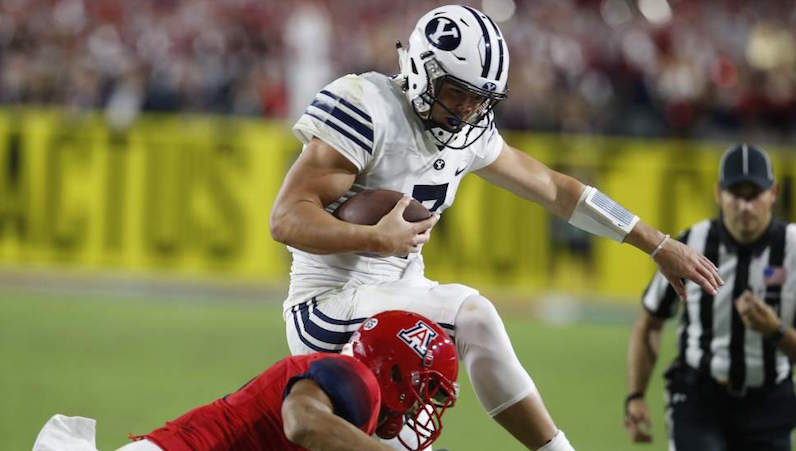 Football recruiting continues to be a hot topic among Virginia fans as debate rages on about the way the Cavaliers Class of 2018 is shaping up.

Bronco Mendenhall and his staff already have commitments from 19 rising high school seniors — all rated two or three-stars from the major recruiting websites.

Last week, we took a look at Mendenhall’s history of getting the most out of lower-rated recruits, but that doesn’t mean landing a few four or five-star prospects wouldn’t relieve some anxiety among the Wahoo faithful desperate to see a turnaround on the gridiron.

It’s all raised questions and sparked discussion of just how much the star ratings and recruiting rankings matter.

The fact is, the people who work at places such as Rivals and 247Sports know what they are doing, but nobody is perfect. Programs such as Alabama and Ohio State get more than their share of the top-rated players and are consistently among the top handful of teams. Even if a five-star recruit or two prove to be busts, the odds say those teams will find enough guys who can play.

But that doesn’t mean every highly-rated recruit pans out or that there aren’t plenty of players who are underrated or simply develop later.

Look at the quarterback class of 2010. Jake Heaps and Phillip Sims were widely considered the top two QBs coming out of high school that year. Heaps signed with Mendenhall at BYU while Sims originally went to Alabama before transferring to Virginia.

Both players wound up having unremarkable careers bouncing around to three different schools unable to lock down starting jobs at the FCS level.

Contrast that with Taysom Hill, a three-star recruit who became the best quarterback to play for Mendenhall at BYU.

A major difference between BYU and UVA

The second part of the debate when it comes to how Mendenhall fits at UVA: how players taking Mormon missions benefited BYU. The argument is that two extra years to mature helped make those two and three-star players more viable.

Hill, for instance, was in his 20s before he began his BYU career.

However, plenty of Mendenhall’s other recruits took a more traditional route and began their careers as teenagers. Tejan Koroma, for instance, was a two-star prospect who entered BYU straight out of high school in 2014 and started every game at center as as true freshman.

Realistically, a program that hasn’t been to a bowl game since 2011 doesn’t just start getting the best recruits. But finding players who fit a system and having patience to let them develop can be the first step toward a resurgence.