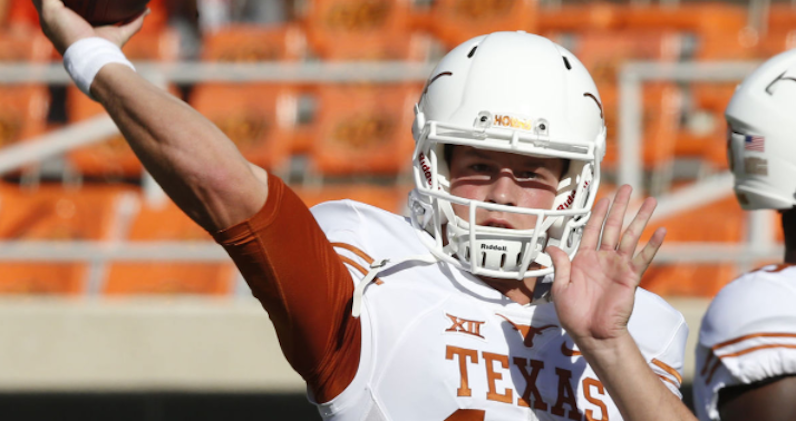 Virginia added to its quarterback depth with an under-the-radar addition of Texas transfer Matthew Merrick.

Merrick, whose father was a solid receiver for the Cavaliers in the 1980s, left the Longhorns in the spring, and then quietly moved to Charlottesville this summer with plans to enroll in the fall.

According to The Daily Progress, he’ll walk on with the Cavaliers this season with hopes of earning a scholarship next year.

That seems pretty likely given the slim numbers at the position after former Missouri quarterback Marvin Zanders backed out of his commitment to transfer to UVA. That left the Cavs with Kurt Benkert returning as the starter, but redshirt freshman De’Vante Cross and true freshman Lindell Stone as the only other scholarship quarterbacks on the roster.

Merrick will sit out this fall, but should enter a wide open race from the starting job in 2018 after Benkert exhausts his eligibility.  Merrick and Wyatt Rector, a three-star commitment from Florida, should join Cross and Stone in a competition for the starting job.

This seems like a very solid pickup for Virginia, which needed at least one more able-bodied signal caller in the program.

Matthew Merrick was listed as the third-string quarterback at Texas, but never took a snap in a game.

Reading between the lines it seems clear that Merrick didn’t seem to fit in Texas’ plans after the arrival of new coach Tom Herman. It was announced in March Merrick was leaving the program for academic reasons.

Merrick, who played high school football in the Dallas area, originally chose the Longhorns over Colorado State and Nevada. He was a three-star prospect and the No. 133 recruit in Texas according to 247Sports.

Though listed as a pro-style quarterback, on video he looks am awful lot like a dual threat. There aren’t a lot of designed running plays on his high school highlight reels. However, it does look like one of Merrick’s greatest strengths is keeping plays alive with his feet.

Beyond that, Merrick appears to have a reasonably strong and accurate arm.  The skill set and size, 6-3 and about 200 pounds, fits into what Virginia coach Bronco Mendenhall is looking for and it’s a situation that could be mutually beneficial.

If nothing else, adding a player who spent two years in a Power 5 Conference program gives Virginia a little more experience and depth at position that severely lacks it. Potentially Merrick brings talent that could get him on the field next season.

Why does Virginia keep losing linebackers to transfer?