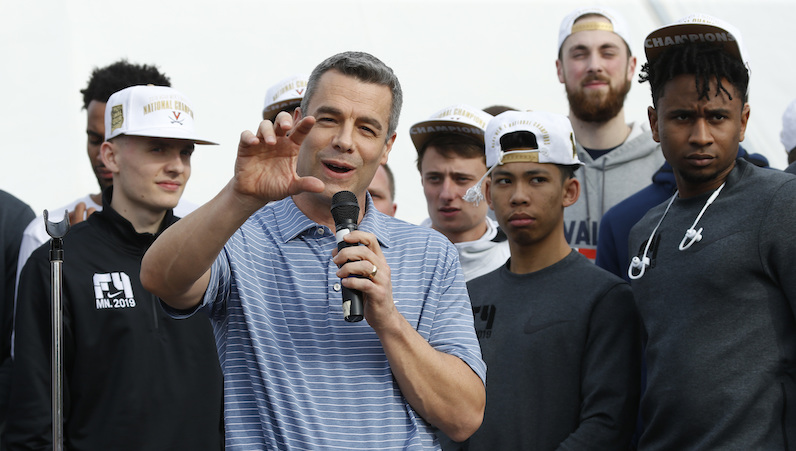 Virginia head coach, Tony Bennett, center, speaks to the crowd as members of the Virginia basketball team are welcomed by fans as they return home after their win of the championship in the Final Four NCAA college basketball tournament against Texas Tech, in Charlottesville, Va., Tuesday, April 9, 2019. (AP Photo/Steve Helber)

Coleman is an in-state recruit, who hails from Norfolk; as a senior he helped lead Maury High School to a state championship. It was the program’s first state title since 1927. He elected to walk-on at Virginia over playing for nearby Hampton.

Chase Coleman, wearing number 1, led Maury to its first state title in 92 years, now he'll be joining the National Champion UVA Cavaliers as a preferred walk-on. He's one of the most mature high school players I've ever covered. @WAVY_News pic.twitter.com/2VZYxUfgty

Matt Coleman, who just finished up his sophomore season with Shaka Smart at Texas, is Chase’s older brother.