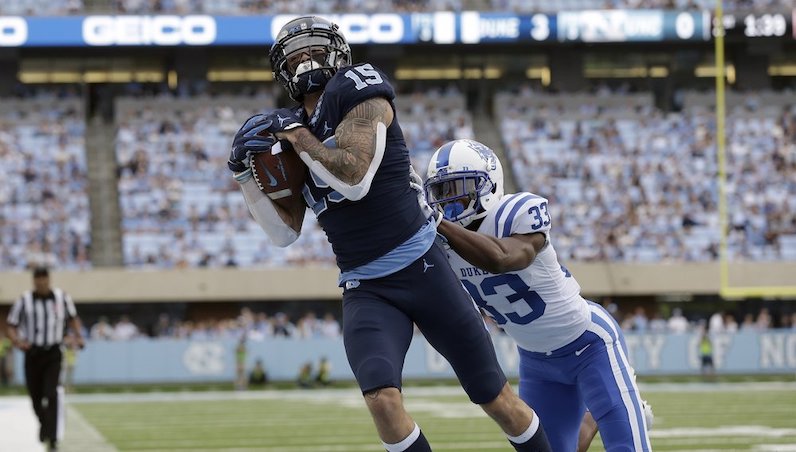 Beau Corrales missed last Saturday’s win over NC State (lower body injury). Now, the veteran receiver could be out for a longer stretch of time.

Corrales, along with cornerback Patrice Rene, will be evaluated during the week, leading up to Saturday’s matchup with Virginia.

INJURY UPDATES: Storm Duck will miss Saturday's game against UVA while Beau Corrales and Patrice Rene will continue to be evaluated throughout the week.

During the first four games of the season, Corrales hauled in 13 receptions for 238 yards (18.3 yards per catch) and a touchdown. A constant big-play threat, the 6-foot-3 Corrales already has eight receptions of 15+ yards this season, so far.

With Corrales out against NC State, sophomore wide receiver Emery Simmons took on a featured role. Simmons, who returned to the lineup after missing two games with an injury, was a frequent target of Sam Howell — hauling in five receptions for 38 yards.

Dyami Brown and Dazz Newsome provide plenty of stability and production on the perimeter for North Carolina’s offense.

Tar Heels land at No. 4 in this week’s ACC Power Rankings