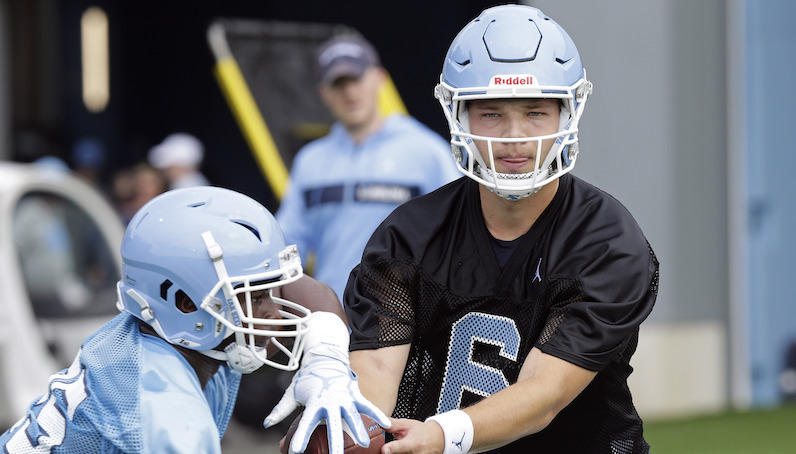 A pro-style quarterback, Fortin was a 3-star prospect out of Georgia in the 2018 class.

During the 2018 season, the 6-foot-3 Fortin appeared in three games and completed 32-of-64 passes for 388 yards. Ruder, on the other hand, attempted just five passes all season. Both Fortin and Ruder dealt with injuries during camp, too.

North Carolina opens up the 2019 season in Charlotte on Aug. 31 against South Carolina.

KJ Smith put on scholarship for the 2019-20 season