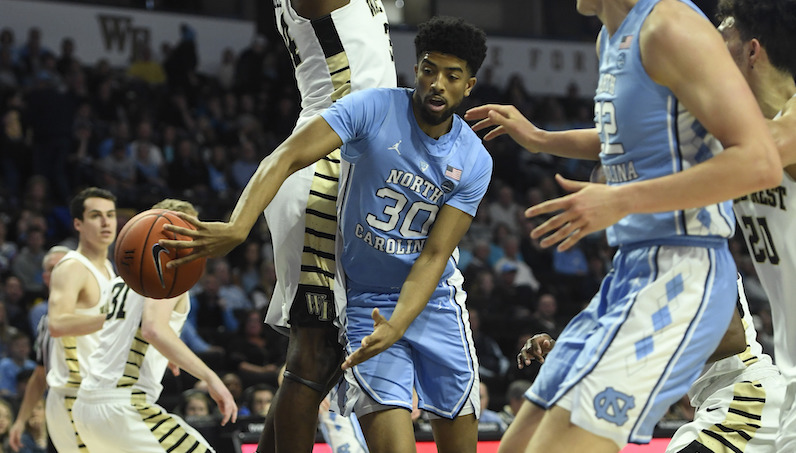 North Carolina's KJ Smith (30) makes a pass to his teammate under the basket as Wake Forest's Sunday Okeke (34) tries to defend during the second half of an NCAA college basketball game in Winston-Salem, N.C., on Saturday, Feb 16, 2019. (AP Photo/Woody Marshall)

Announced this week — North Carolina Basketball put redshirt junior guard KJ Smith on scholarship for the 2019-20 season. Smith is, of course, the son of former UNC guard Kenny Smith (1983-87), who went on to play for a decade in the NBA.

During the 2016-17 season, Smith played in 24 games, including three starts, at the University of Pacific. Following that season, Smith transferred to UNC and redshirted in 2017-18. As a walk-on, Smith appeared in 22 games as a redshirt sophomore in the 2018-19 season. He scored 21 points in 40 minutes of action.

Earned, not given. @K30SMITH is awarded with a scholarship for the 2019-20 season. pic.twitter.com/PJZZvnIkcn