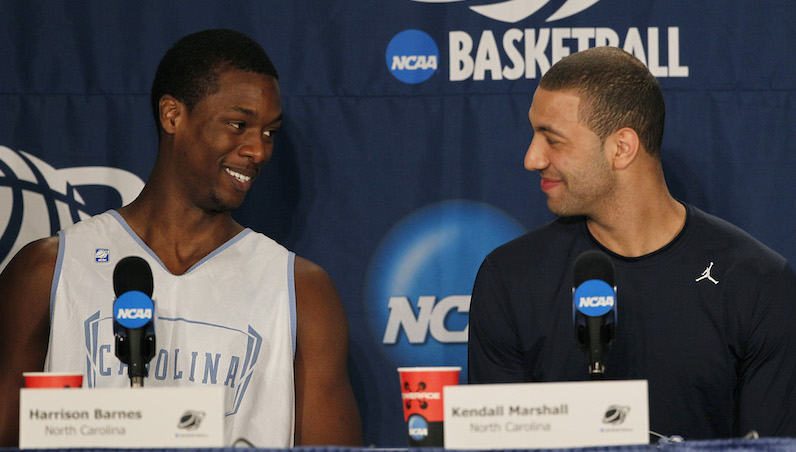 Former North Carolina point guard Kendall Marshall (2010-12) now has an official title with UNC Basketball. Marshall, after joining the staff a year ago without a defined position, has been named North Carolina’s director of recruiting.

This is the first time North Carolina and Roy Williams have had this position, officially. At the team’s media day, Williams mentioned that Marshall’s role could evolve and change, but there would be some focus on social media. Assistant coaches Steve Robinson and Hubert Davis will continue to be leaders on the recruiting front, too, according to Williams.

Marshall played two season for Roy Williams, as North Carolina’s next NBA point guard after Ty Lawson. During his time in Chapel Hill, Marshall averaged 7.2 points and 8.0 assists per game — while shooting 36.6 percent on 3-pointers (1.8 3PA per game). As a sophomore, he averaged 9.8 assists per game — 11.8 per 40 minutes.

After that season, Marshall turned pro and was drafted 13th overall by the Phoenix Suns in 2012. He played four seasons in NBA — 160 games, 57 starts. During the 2013-14 season with the Los Angeles Lakers, Marshall averaged 8.8 assists per game — 44.3 percent assist rate. Unfortunately, injuries derailed Marshall’s NBA career.

Beyond that, Marshall played for two more seasons in the NBA G-League; he was even a 2017 training camp invitee of the Milwaukee Bucks.