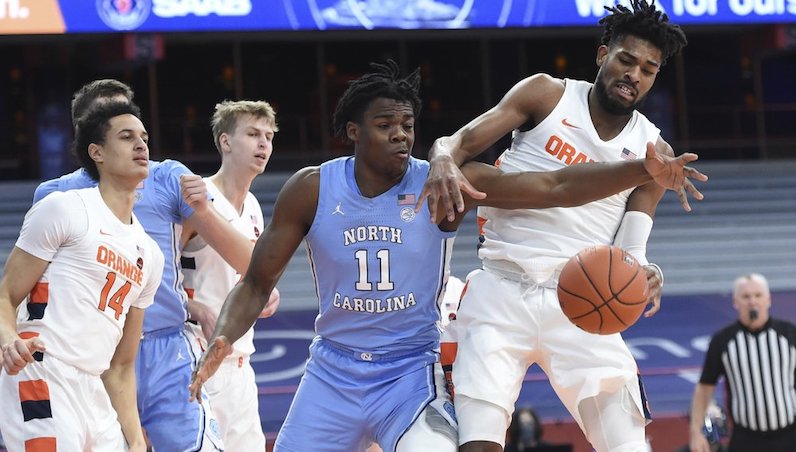 After an impactful freshman season with North Carolina basketball, Day’Ron Sharpe has declared for the 2021 NBA Draft.

The 6-foot-11, 265-pound Sharpe entered UNC as a 5-star recruit; during his freshman season, he turned plenty of heads, too. While appearing in all 29 games, Sharpe made four starts; he averaged 9.5 points, 7.6 rebounds and 1.4 assists per game.

Despite the bench role and inconsistent minutes, Sharpe was clearly the most talented player on North Carolina’s roster. Sharpe led the country in offensive rebound rate: 18.3 percent. He also blocked 1.9 shots per 40 minutes.

There are some concerns with Sharpe’s offense on the next level: how will he score the basketball? Up to this point, Sharpe has shown little shooting range; his only real source of offense comes on cuts and put-backs. That’s perfectly fine; however, it could put somewhat of a hard cap on the caliber of NBA player he’s able to become.

Regardless, Sharpe is incredibly strong and he plays the game with a wonderful motor. He’ll need to improve his fitness some, too. But Sharpe’s power on the offensive glass — mixed with his processing speed as a passer and help defender — make for an interesting prospect. Sharpe projects as a late first round pick.

With Sharpe headed to the NBA, UNC’s roster continues to take hits. While Sharpe’s decision should come as no surprise, it does leave the 2021-22 Tar Heels down another talented player — with Walker Kessler’s move to leave the program.

As far as UNC goes, the question now becomes: What happens with Garrison Brooks and Armando Bacot?