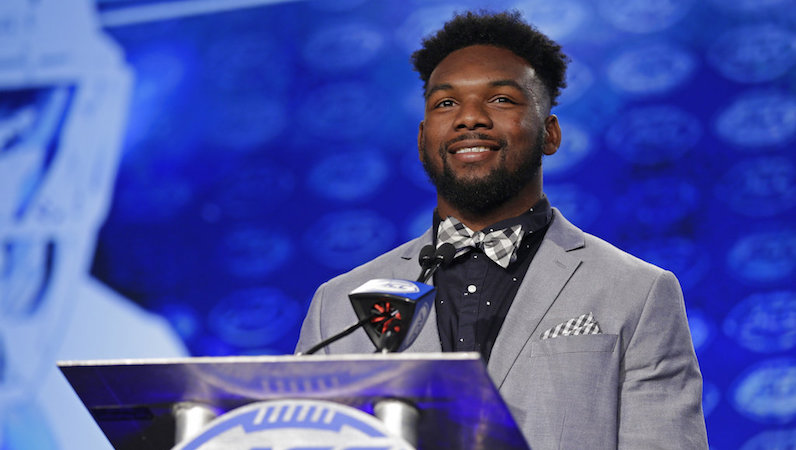 North Carolina football nudged its 2019 class up to a half-dozen commits; over the weekend, the Tar Heels received a commitment from (*Awesome Name Alert*) Storm Duck.

(It’s just the middle of June, but UNC and NC State have already landed commitments from a combined 10 in-state prospects.)

According to 247 Sports, UNC was one of 16 schools to offer Duck — a list that also included West Virginia, Appalachian State and Temple. His recruitment was led by former UNC linebacker and current linebackers coach Tommy Thigpen.

North Carolina added one commitment from South Carolina in 2018, too: 3-star linebacker Kyle Wright. Currently, UNC has four players on its active roster from the Palmetto State.

According to Inside Carolina, Storm Duck recorded 35 tackles during his junior season.

When will Jace Ruder take over as starting QB at UNC?