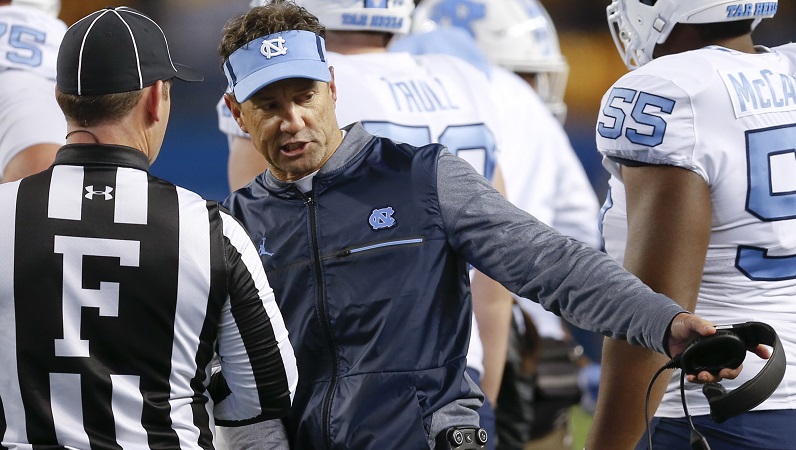 On National Signing Day, North Carolina football landed commitments from a pair of offensive linemen. Prep teammates Williams Barnes and Ed Montilius have both signed with UNC; the two hail from Apopka, Florida.

Barnes is a significant add for the Tar Heels. The 6-foot-4, 320-pound Barnes, who plays tackle, is a 4-star prospect, and rated as the No. 53 player in the 2018 class by 247 Sports. Barnes received offers from all of college football’s royalty, but he also strongly considered Florida, too.

Montilius, a 3-star offensive guard, will look to help the interior of North Carolina’s line. Tight ends coach Chad Scott is credited as the lead recruiter for both players.

Battle of the Bruise: Can Duke and Marvin Bagley punish UNC on the offensive glass?