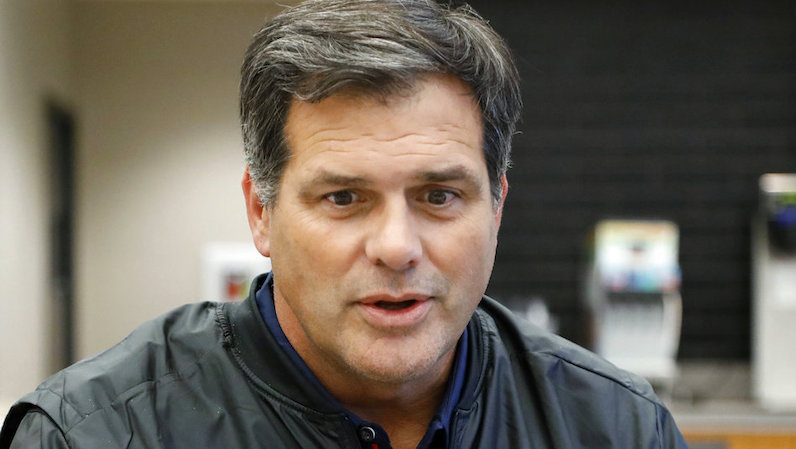 Mississippi's new offensive line coach Jack Bicknell Jr., discusses his expectations for the team's 2017 NCAA college football season, Wednesday, Aug. 2, 2017, in Oxford, Miss. Mississippi opens its preseason camp after a tumultuous offseason highlighted by the stunning resignation of coach Hugh Freeze last month. The Rebels still have some talent remaining on the roster, but it remains to be seen if the chaos and distractions have taken their toll. (AP Photo/Rogelio V. Solis)

Jack Bicknell Jr. is the newest addition to the coaching staff for North Carolina football.

Bicknell, who has plenty of NFL experience, worked with offensive coordinator Phil Longo at Ole Miss.

5-star decision on the horizon for GG Jackson