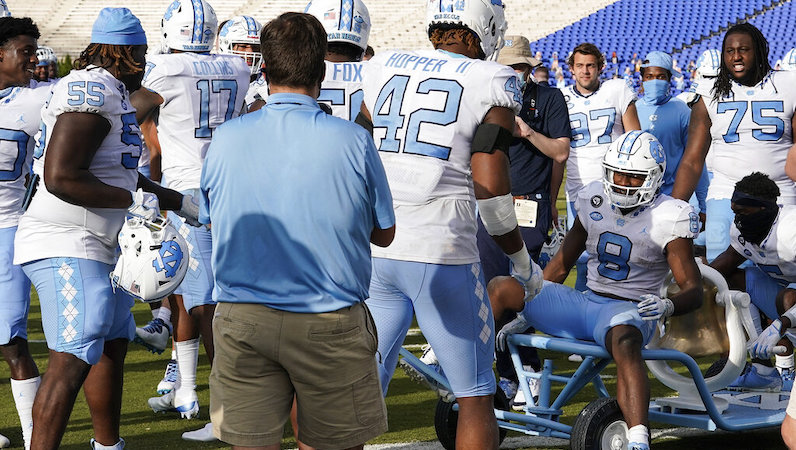 Spencer Rolland will head from Harvard to North Carolina. In the pursuit of an additional football opportunity, the All-Ivy League offensive tackle will join the UNC football program

The 6-foot-6, 285-pound Rolland will graduate from Harvard this May — with a degree in mechanical engineering and a minor in astrophysics. Rolland will have two years of eligibility remaining.

I am blessed and honored to announce my commitment to play football at the University of North Carolina! Thank you to everyone who has supported me throughout this process. @UNCFootball @CoachMackBrown @CoachPhilLongo @SSearel #GoHeels #GDTBATH pic.twitter.com/mrV46wzVCQ

Initially, Rolland was committed to play for Penn State next season; however, Rolland quickly changed his mind. After he backed out from Penn State, UNC offensive line coach Stacy Searels started to reach out.

Rolland’s decision comes only a few weeks after he took an official visit to Chapel Hill — back on Jan. 14.

During the 2019 season, Rolland appeared in 10 games for Harvard. Of course, the Ivy League canceled its 2020 season due to the COVID-19 Pandemic. Rolland returned in 2021, though, and was named First Team All-Ivy.

Gaynor and Taylor are already enrolled at UNC, too.

Rolland and Gaynor will look to help retool an offensive line that allowed 3.8 sacks per game in 2021, the most of any ACC team.