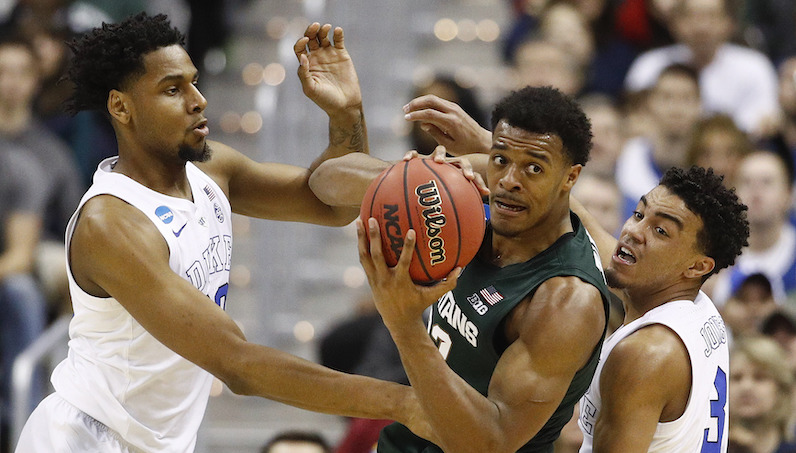 According to a report from college basketball insider Jon Rothstein, the ACC will in fact plan to have non-conference games in the 2020-21 season. This news comes the day after the NCAA announced its new official start date for the season: Nov. 25.

College teams can play a maximum of 27 games, per the NCAA — a four-game reduction from last season.

Several ACC programs will play in a MTE; UNC with the Maui Invitational and Duke with what’s left of the Battle 4 Atlantis are two prime examples. There won’t be much of a non-conference schedule outside of that; however, it will still exist, in some shape or form. (This assumes the league still plans to go with a 20-game conference schedule.)

There’s been some speculation that the league would flip to a conference-only schedule model for the 2020-21 season. For now, though, that’s not the case.

(Duke will also start the season in the 2020 Champions Classic, which is set for a bubble-like environment in Orlando. Dates on these events have yet to be released, but this would put the Blue Devils in two major, early-season events.)

Additionally, the ACC is set to play two regular season games in December. During the 2019-20 season, not all ACC teams played two conference games in December. But those that did, played one game the first week of the month — following the ACC-Big Ten Challenge — and another the final week, right around New Year’s Eve.

Sources: The ACC is also planning on playing two regular season games in December as normal. Dates and matchups are currently TBD. https://t.co/ybgNd18ZJk

According to a report from David Teel in May, the ACC, Big Ten and ESPN chose to delay setting the matchups for this season’s event; normally those discussions take place following the withdraw deadline for the NBA Draft. That deadline, however, was bumped backed back until August this year.