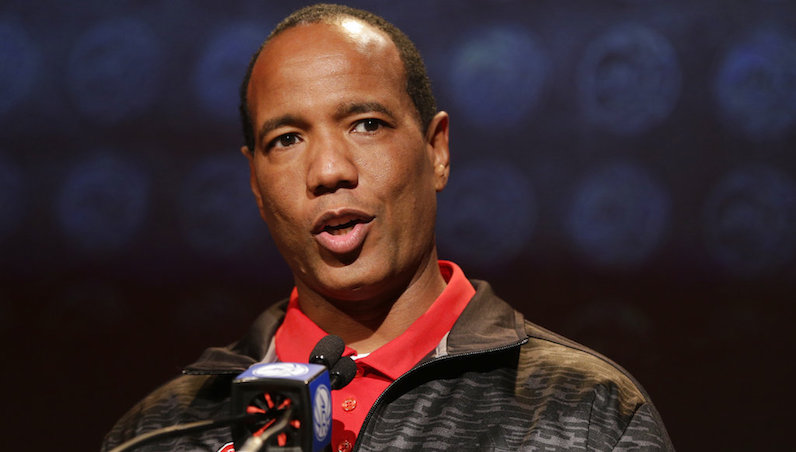 NC State has added yet another player to its 2018 basketball recruiting class. One month after visiting campus, Kevin Keatts and the Wolfpack have landed a commitment from Saddiq Bey.

Bey, a 4-star small forward, is ranked as the No. 83 player in the 2018 class by 247 Sports. 15 different programs offered scholarships to Bey; however, in the end, the 6-foot-7 forward picked NC State over Xavier.

According to the Washington Post, Notre Dame was the first program to offer Saddiq Bey a scholarship. Bey hails from the Washington D.C. area — one of the nation’s top locations for prep basketball.

NC State’s 2018 class now sits at four players. The commitments have come in rapid succession, too. Starting with Immanuel Bates, all four players committed in the last two months. 247 Sports rates all four players a 4-star prospects and top-120 recruits.