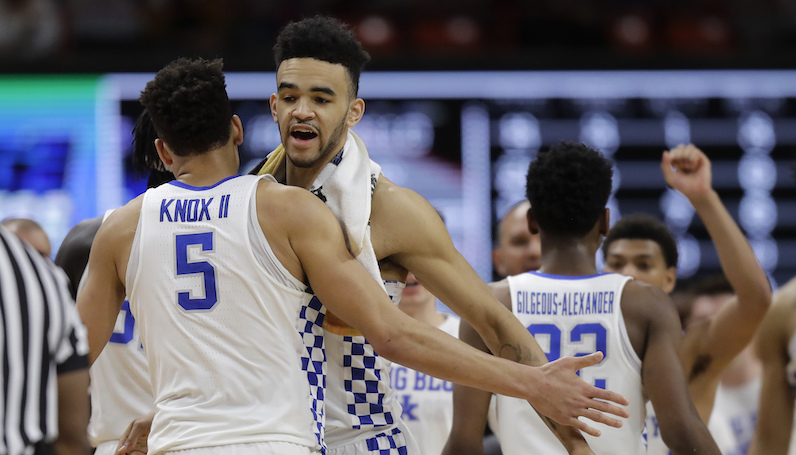 Two weeks after Kevin Keatts described Sacha Killeya-Jones as “currently not a member of our program, there’s some form of resolution. Killeya-Jones official left the NC State basketball program and will pursue a career in professional basketball. On Thursday night, he made the announcement on his personal Twitter account.

The former 5-star recruit, who played two seasons at Kentucky (49 games), elected to transfer to NC State last May. A native of Chapel Hill, Killeya-Jones offers intriguing upside: he’s 6-foot-11 with some athleticism. That potential, however, will have to be actualized outside of Raleigh now.

Questions were raised regarding SKJ and NC State when he was not on the team’s bench the night of Feb. 13 — the win over Syracuse. Killeya-Jones becomes the second frontcourt player to leave the program in-season, joining Ian Steere.

For depth up front, NC State should still have DJ Funderburk, Wyatt Walker and Manny Bates next season. As of right now, NC State has yet to land a big man in its 2019 recruiting class. Considering that Keatts plays with only one true big man on the floor, State’s frontcourt could’ve been (hypothetically) crowded next season with four returnees at the position.

After the news, Keatts released this official statement.

Inside The Playbook: UVA has tricks for the zone and schemes for man-to-man