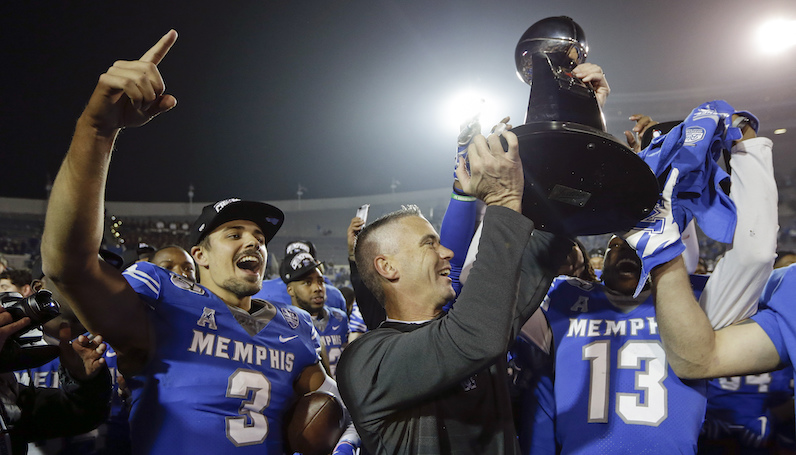 According to a report from ESPN’s Chris Low, Florida State has its new football coach: Mike Norvell, hired away from Memphis. The new coach is set to be introduced at a press conference on Sunday. This decision comes one month after the university’s decision to part ways with former head coach Willie Taggart.

Norvell, 38, spent the last four seasons coaching the Memphis Tigers; he was hired in 2015 to replace Justin Fuente, who left for Virginia Tech. Since the 2016 season, Memphis has gone 38-15; the coda on that run came earlier in the day on Saturday. Memphis (12-1) defeated Cincinnati (for the second time in two weeks) 29-24 to win the program’s first ever AAC title.

It was only a matter of time before Mike Norvell got a big-time job. I haven't found anyone who's coached with him or against him that doesn't think he will do big things at @FSUFootball. https://t.co/nIUMOMx8vf

After the win over Cincinnati, Memphis is in line to play in the Cotton, as the highest-ranked Group of 5 team. Memphis has received a bowl invitation each season under Norvell. According to the coach, he plans to coach the Tigers in their bowl game.

Prior to his time at Memphis, Norvell was the offensive coordinator and quarterbacks coach at Arizona State (2012-15). During his time there, he worked with Todd Grantham.