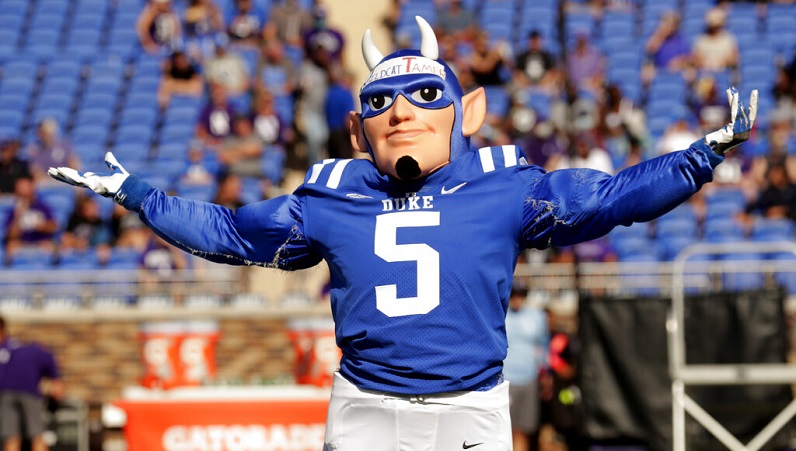 The Duke Blue Devil mascot fires up the crowd before the start of an NCAA college football game against Northwestern in Durham, N.C., Saturday, Sept. 18, 2021. (AP Photo/Chris Seward)

According to a report from Pete Thamel of Yahoo Sports, Duke will hire Mike Elko to be its next head coach.

Elko spent the past four seasons as defensive coordinator at Texas A&M and had previous stops in that role at Notre Dame, Wake Forest and Bowling Green.

Tony Elliott was also in contention to be hired, but officially accepted an offer to be head coach at Virginia on earlier on Friday.

Elko replaces David Cutcliffe, who mutually parted ways with Duke in November. The Blue Devils have had a losing record for the past three seasons, most recently going 3-9 and winless in the ACC.