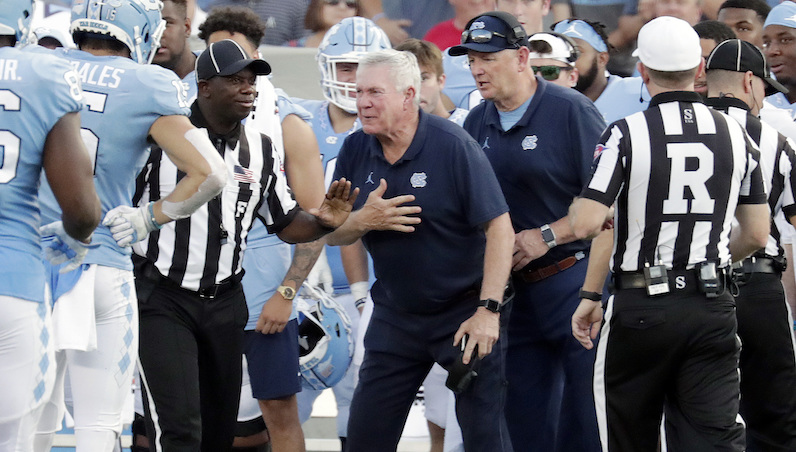 Ahead of his team’s trip up to Chestnut Hill for a matchup with Boston College (2-0), UNC football coach Mack Brown meet with the media.

One note from Brown’s availability centered on how the team will handle its post-game meal. Kickoff for North Carolina-Boston College is set for 3:30. According to Brown, the Tar Heels plan to eat that meal from the empty stands of Alumni Stadium.

Mack Brown says the after game meal will be eaten in the stands before they return to North Carolina from Boston College.

Depending on the outcome of the game, that'll be more weird than it already seems.

It’s been several weeks since the Tar Heels last took to the field: a 31-6 home win over Syracuse, back on Sept. 12.

As far as the depth chart goes, North Carolina is in fairly good shape. Last week, Brown mentioned that one of the advantages with the long layoff for UNC was the ability to get some players healthy.

Second-string linebacker Desmond Evans — one of the team’s star young players — should be back. Brown also asserted that Joshua Ezeudu, a starter along the offensive line, will be a game-time decision as he tries to recover, too.

Mack Brown said offensive lineman Joshua Ezeudu will be a “game time decision” against BC on Saturday.