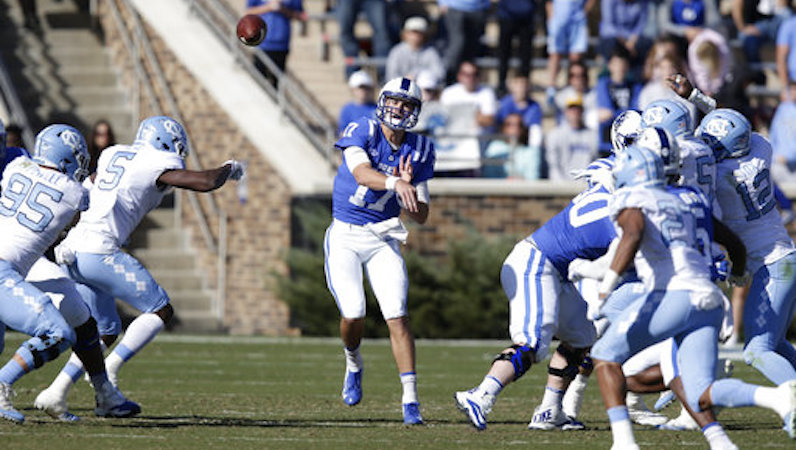 According to a report from Steve Wiseman at the News & Observer, Duke quarterback Daniel Jones plans to play in the team’s bowl game. Jones is a coveted NFL prospect who threw for 225.1 yards per game this season — with 17 touchdowns to seven interceptions.

Duke plays Temple in the 2018 Independence Bowl on Dec. 27 in Shreveport, Louisiana.