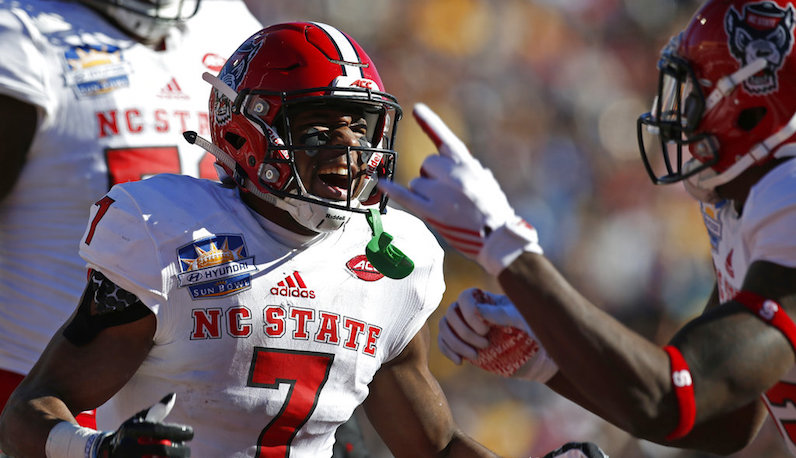 After a career year in 2017, NC State junior running back Nyheim Hines will enter the 2018 NFL Draft.

Thanks to the @TheNyNy7 for all his contributions to 🐺🐺🏈#1Pack1Goalhttps://t.co/EcfzFu3BNt

In his official release, Hines stated: “I would like to thank the coaches for believing in me and giving me the opportunity to play at my dream school. I appreciate everybody at NC State who has helped me along the way.”

This season, Hines averaged nearly 86 rushing yards per game (5th in the ACC), 5.6 yards per carry (7th in the ACC). He ran for 12 touchdowns, which was tied for 5th in the conference with teammate Jaylen Samuels.

After spending most of his time at wide receiver, Nyheim Hines converted full-time to running back status this season; the Garner, North Carolina product ran for over 1,110 yards, too.

Hines has three special teams touchdown in his career with the Wolfpack, including a punt return score against Pitt this season. The 5-foot-9 back led the ACC with 143.7 all-purpose yards per game. He led NC State with 21 kick returns and 12 punt returns in 2017.

This news comes less than a week after quarterback Ryan Finley announced that he plans to return to NC State for the 2018 season.