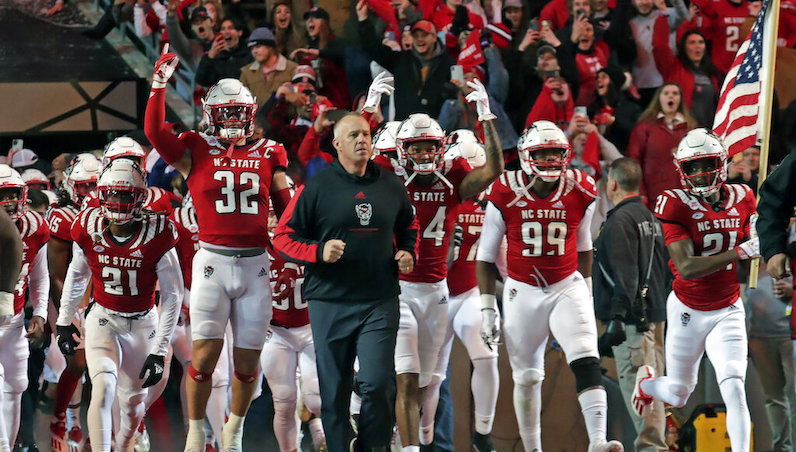 Another bowl game, another cancelation. Mere hours from kickoff, Tuesday’s Holiday Bowl matchup between NC State and UCLA will be canceled. According to a report from college football insider Bruce Feldman, UCLA’s defensive line has been crushed with positive COVID-19 cases.

UCLA were down to only two interior defensive lineman. More cases were likely to emerge today, too.

SOURCES: Tonight’s Holiday Bowl between UCLA & NC State is getting canceled. The Bruins D-Line room has been decimated by Covid issues.

This is just the latest ACC team to have its 2021 bowl game canceled due to COVID-19. Boston College was unable to play in the Military Bowl. Virginia also saw its season end with the cancelation of the Fenway Bowl. Of course, Miami withdrew from the Sun Bowl — also for COVID.

After a lost 2020 season, the 2021 bowl season has been ravaged by a sea of COVID-19 cases; the omicron variant has been an unfortunate catalyst.

Assuming this cancelation turns into a forfeit for UCLA, NC State will end the 2021 season with a 10-3 record. For now, though, the Pack are set to end the season at 9-3.

According to NC State coach Dave Doeren, the news caught him off guard. Doeren said he received a call from AD Boo Coorigan only a few minutes before Bruce Feldman broke the news on Twitter.

Dave Doeren told beat reporters in San Diego nobody with the Wolfpack knew UCLA was having COVID-19 issues until they got a call the game was canceled. Said his players felt lied to. "We had no clue they were up against that." https://t.co/7UBJ47cvZX

Terquavion Smith looks like a promising young guard for Wolfpack