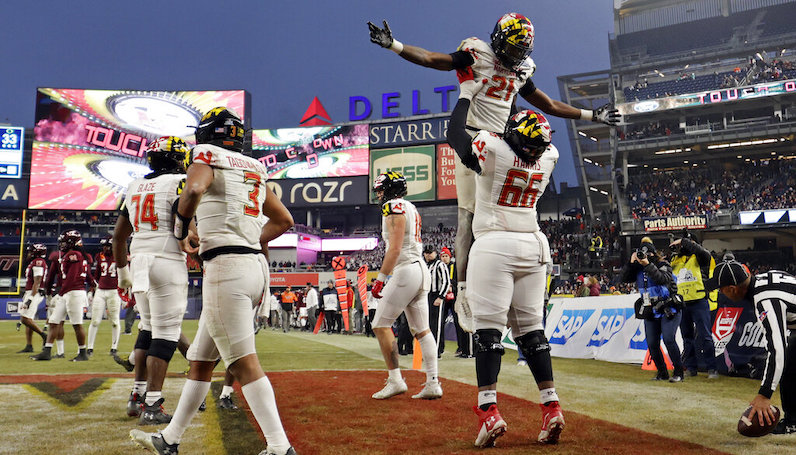 Darryl Jones will head from the Big Ten to the ACC; the graduate senior wide receiver announced plans to transfer from Maryland to NC State.

While the Wolfpack return a great deal of talent — on both sides of the ball — the Wolfpack will also turnover some talent at the skill positions on offense. Running backs Bam Knight and Ricky Person Jr. will head to the NFL Draft. So, too, will No. 1 wideout option Emeka Emezie. Veteran wide receiver CJ Riley is done after six seasons in Raleigh as well.

This makes NC State a solid destination for skill position players in the transfer portal that want to play in a Power Five league and, more importantly, Win Now.

Back in the 2018 recruiting class, Jones, who hails from Virginia Beach, was a 4-star prospect.

Now, Jones will get to team up with one of the top quarterbacks in the ACC: Devin Leary.