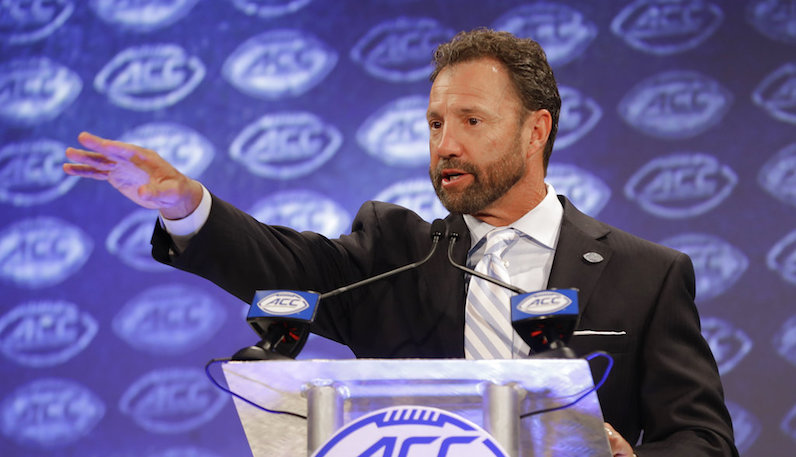 According to a report from WRAL’s Jeff Gravely, multiple UNC football players face one-game suspensions — and possibly more — for selling university-issued athletic gear. The violations were self-reported by North Carolina, which took place back in February of this year.

.@WRAL has confirmed that #UNC self-reported to the NCAA in Feb. that multiple football players sold some of their university issued athletic gear. UNC nor the NCAA have not announced any findings but players face suspensions.

So far, according to Gravely, it’s unknown as to which or how many players were involved. Suspensions will depend on the results of the investigation.

This all comes later in the day — after UNC football coach Larry Fedora made national headlines at ACC media days for his comments on CTE, the military and a supposed ‘attack’ on football.