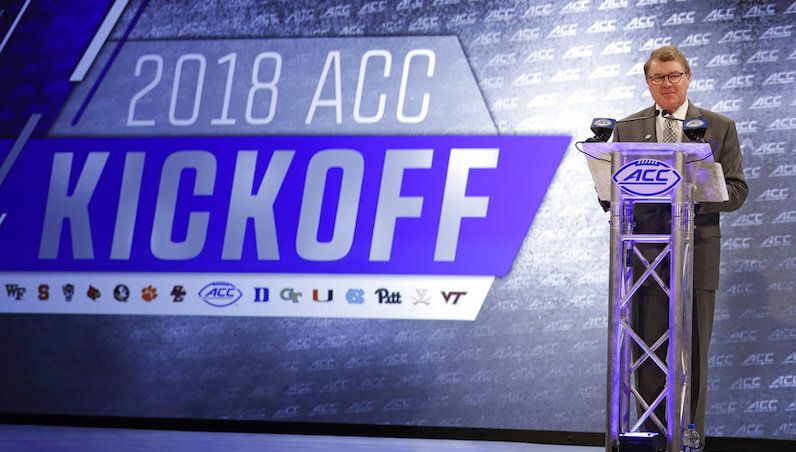 One of the big bulletins from John Swofford’s annual address at ACC media days: the league won’t require football teams to release pregame injury reports. This was agreed upon by the coaches.

Previously, the ACC had been a bit of a leader when it came to releasing this information — prior to conference games.

This move aligns with that of other Power Five commissioners: Greg Sankey of the SEC and the Big 12’s Bob Bowlsby. Earlier this week, Bowlsby cited concerns with FERPA and HIPAA.

Sankey mirrored those thoughts, and expressed how the legalization of sports betting will require an alteration in the future: “I expect, however, the change in sports gambling could be and will be likely the impetus for the creation of such reports in our future.”

Swofford also mentioned that he anticipates a national rule on injury reports to come down the line — likely the 2019 season. When that happens, the ACC will follow.

Top 5 receivers in the ACC — headlined by Dortch and Harmon