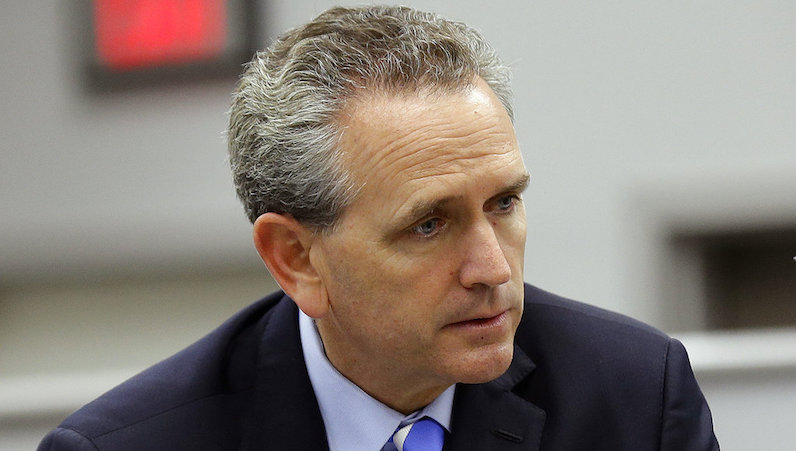 In this Oct. 22, 2014, photo, University of North Carolina athletic director Bubba Cunningham speaks with a fellow board member during a special joint meeting of the University of North Carolina Board of Governors and the UNC-Chapel Hill Board of Trustees, in Chapel Hill, N.C. Cunningham is scheduled to attend UNC's hearing with an NCAA infractions committee panel in its long-running academic case. (AP Photo)

According to a report from Inside Carolina, further details have trickled out regarding UNC football and this week’s discovery of a self-reported secondary violation. The players facing a suspension have yet to be named; however, those athletes will be informed of their consequences prior to the team’s season-opener against California (Sept. 1).

The story was first reported by Jeff Gravely of WRAL — back on Wednesday (July 18).

The suspensions can differ in length, and will depend on the value of the items that were sold. In his interview with WCHL in Chapel Hill, Cunningham mentioned that the university’s compliance staff learned of the violations through social media, too.

Initially, self-reported back in February, the violations were noted as secondary by the NCAA in March.

North Carolina basketball to take on Texas out in Vegas