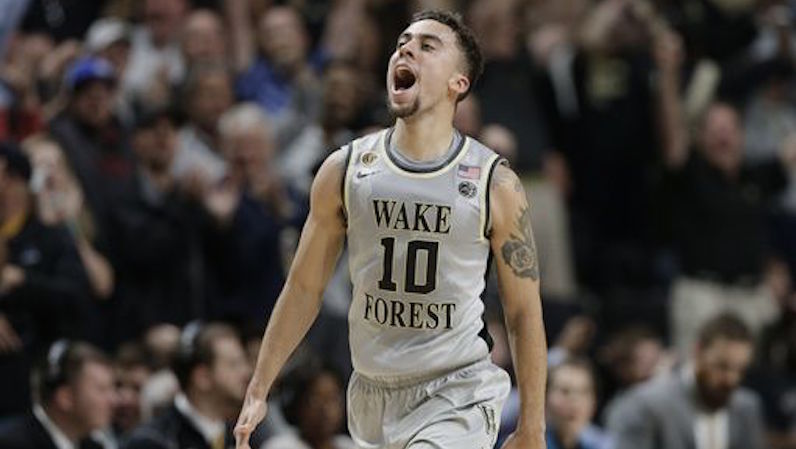 Mitchell Wilbekin arrived at Wake Forest as a package deal with Danny Manning. Well, not officially, but Wilbekin had committed to Tulsa, and soon after Manning took the WFU job, Wilbekin flipped to the Deacons.

Now Wilbekin will enter his senior season, having watched the program transition under Manning into an NCAA Tournament team last year. How will Wilbekin fit in during his final season? Let’s take a closer look.

As the brother of Scottie, who had recently led Florida to the Final Four, Wilbekin had a bit of name recognition. At the time, Wake Forest fans were happy for any positive news, as the Jeff Bzdelik era began to pass into the distance.

In truth, though, Wilbekin was not highly recruited by major programs. He ranked No. 68 among shooting guards in 24/7 Sports’ composite rankings. He was undersized for a shooting guard (6-2, 170 at the time), and not quick or creative enough for a point guard.

Although Wilbekin has been a solid player at Wake Forest, that same issue has followed him. While he started at shooting guard for most of his first two seasons, the bigger Keyshawn Woods (6-3, 205) replaced him last season. Wilbekin struggles to defend bigger players, and as a passer, Wilbekin has never created more than 49 assists in a season, despite averaging 27 minutes a game for his career.

But the arrival of Woods and point guard Brandon Childress actually might have benefitted Wilbekin. While Wilbekin’s minutes fell by 3.5 a game last season, his shooting improved. Wilbekin wasn’t forced to back up Bryant Crawford at point guard as he did the previous season, and with more weapons on the floor, Wilbekin had more spot-up opportunities. (The threat of John Collins inside didn’t hurt, either.)

Wilbekin jumped to 40.5 percent from three-point range after shooting 34 percent as a sophomore. He’s also automatic from the line (50 of 56, 89.3 percent) last season, although he doesn’t create many chances.

The other good news for Wilbekin is that Manning isn’t afraid to play three guards. That creates plenty of room for playing time, even with Childress continuing to steal minutes. Last season, Childress averaged 19.5 minutes a game in the first 20, then 25.4 minutes in the 12 games down the stretch.

However, the key to Wilbekin’s time could be how ready Chaundee Brown is to play big minutes at small forward. Manning played Woods a lot at small forward last season to find time for Childress and Wilbekin alongside Crawford. Last season, Austin Arians averaged 23 minutes a game at small forward, with Woods picking up much of the rest.

If Brown, a top-35 recruit, is ready to play and assumes Arians’ minutes, then the rotation may look much like last season. If Brown isn’t ready, then Woods could see a lot more time on the wing, opening up more minutes for Wilbekin at shooting guard.

As one of the stabilizing forces in a program that was off the track when he arrived, Wilbekin will always have a place in Wake Forest history. If he can continue to shoot 40 percent from 3-point range, he’ll certainly find his place in Danny Manning’s lineup this season.