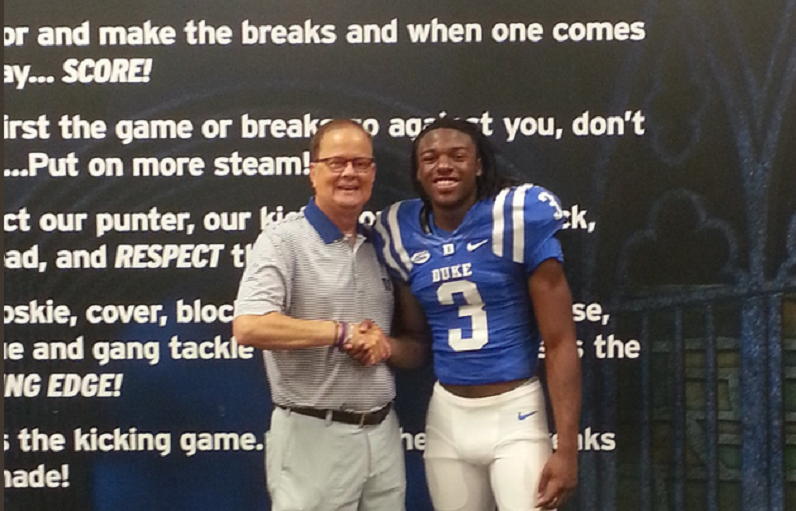 Durant, a 6-foot running back from McCormick High School in South Carolina, becomes the 14th player in Duke’s 2018 class. He’s also the 13th 3-star commit in that group of players. 247Sports ranks this as the No. 30 class nationally.

Virginia Tech and Appalachian State were in high pursuit of Durant, too. Georgia Tech offered him a scholarship back in June as well.