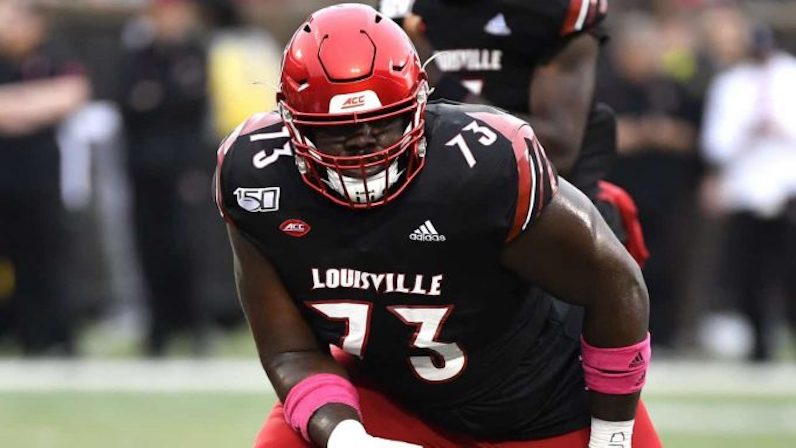 Mekhi Becton took off as a three-year starter along the offensive line for Louisville. (AP Photo)

The news was broken by NBA insider Shams Charania, but the New York Jets went offensive tackle in the first round of the NFL Draft — selecting Louisville tackle Mekhi Becton 11th overall.

One of the largest human beings in the 2020 NFL Draft, Becton looks like a cornerstone for at the tackle position for the Jets.

Bored in the house, in the house bored … New York Jets drafting Louisville’s Mekhi Becton with the No. 11 pick in the NFL Draft, per sources.

Becton also becomes the first Louisville player selected since 2018 draft, when Jaire Alexander and Lamar Jackson went in the first round.