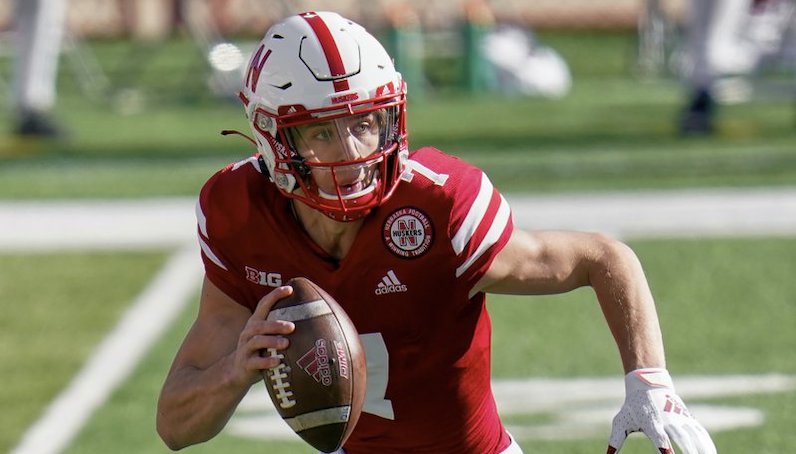 Following his redshirt freshman season at Nebraska, quarterback Luke McCaffrey entered the transfer portal. About a month after his decision to leave Lincoln, McCaffrey committed to Louisville on Monday.

During the 2020 season, McCaffrey appeared in seven of Nebraska’s eight games; McCaffrey started two contests, too. McCaffrey completed 48-of-76 pass attempts (63.2 percent) for 466 yards, one touchdown and six interceptions. As a runner, McCaffrey carried the ball 65 times for 364 yards and three touchdowns.

Excited to continue my athletic and academic career at the University of Louisville. Go Cardinals! pic.twitter.com/hWUlP3TTN8

The transfer quarterback is the son of former NFL wide receiver Ed McCaffrey. One of his older brothers is the star running back for the Carolina Panthers in the NFL: Christian McCaffrey. Another older brother — Max McCaffrey — played at Duke. During his time in Durham (2012-15), McCaffrey appeared in 53 games, making 38 starts.

McCaffrey was a consensus top 300 recruit in the 2019 class; he committed to Nebraska over offers from Michigan, Colorado and Duke.

Starting quarterback Malik Cunningham will return for Louisville in 2021, too.