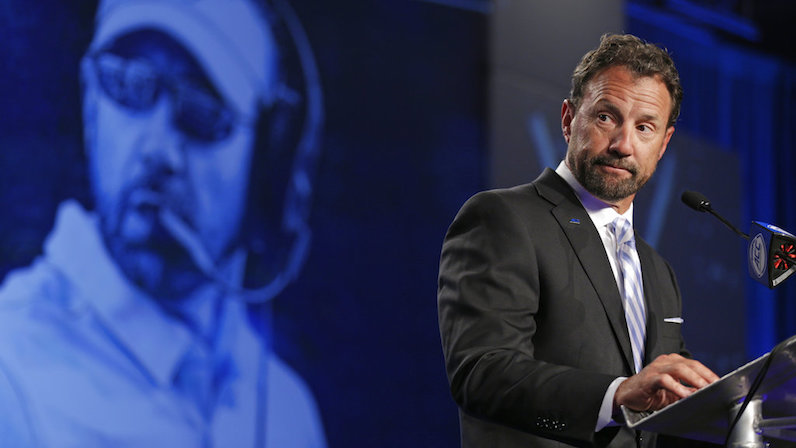 It’s hard to believe, but Larry Fedora is headed into his sixth season as the football coach at North Carolina. UNC has gone to four straight bowl games under Fedora, and had six players selected in the 2017 NFL Draft — led by the No. 2 pick, quarterback Mitch Trubisky.

At ACC media days, Larry Fedora joined The David Glenn Show to discuss family, the culture of his football program and the evolution of Trubisky.

Dabo Swinney: You have to be even more thorough once you have success