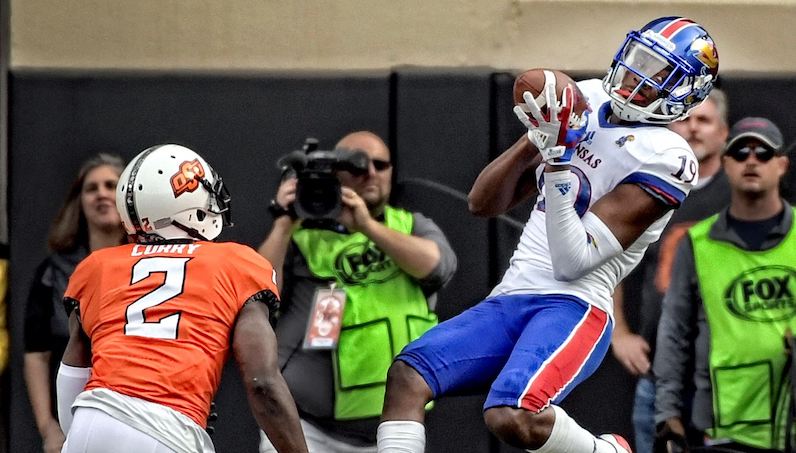 The 6-foot-3, 205-pound Fairs is a native of Texas; during his four seasons with the Jayhawks, Fairs caught 28 passes for 392 yards (14 yards per catch) and one touchdown. His best season came in 2017 when Fairs hauled in 24 receptions for 335 yards. During that season, Fairs caught his lone career touchdown pass against Oklahoma State.

Another One 🙌🏾@_EvoOcho joins Tech as graduate transfer from Kansas.

Fairs dealt with a knee injury during the 2018 season, which forced him to play only four games and take a redshirt.

Up in Blacksburg, Fairs will join running back Khalil Herbert, his former teammate at Kansas. Herbert transferred to Virginia Tech last December.