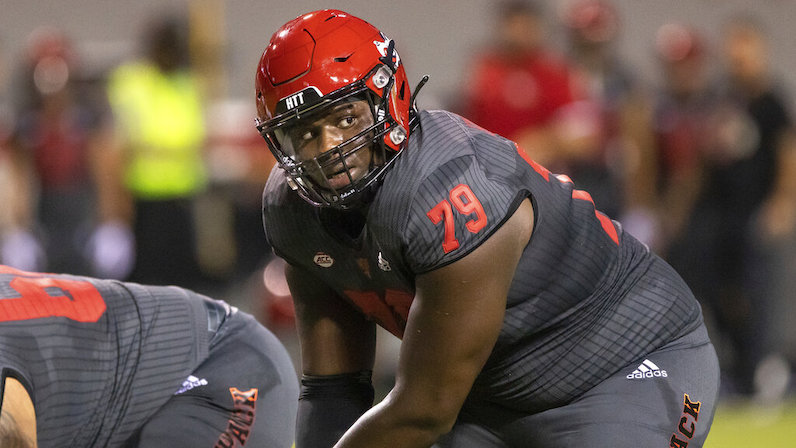 Ikem Ekwonu, NC State’s mauling offensive lineman, will forgo the 2022 season and enter the NFL Draft. Ekwonu will be one of the Draft’s top offensive line prospects.

During his time at NC State, Ekwonu played both guard and tackle. It seems as though the 6-foot-4, 320-pound Ekwonu plans to enter the league as a tackle.

The 2020 season served as Coming Out Party for Ekwonu; however, his 2021 performance was superb. NC State’s offensive line had issues, but Ekwonu was excellent. The junior from Charlotte became just the third unanimous All-American in program history. (He’s joined here by Jim Richter in 1979 and defensive end Bradley Chubb in 2017.)

In terms of additional hardware, Ekwonu received the ACC’s Jacobs Blocking Trophy. He was also a finalist for the 2021 Outland Trophy, which was won by Georgia’s Jordan Davis.

Dave Doeren has always emphasized line play in terms of recruiting and player development efforts. Ekwonu is one of the program’s signature players, since the arrival of Doeren.

Seabron shifts focus and dominates as NC State falls, though, to Florida State