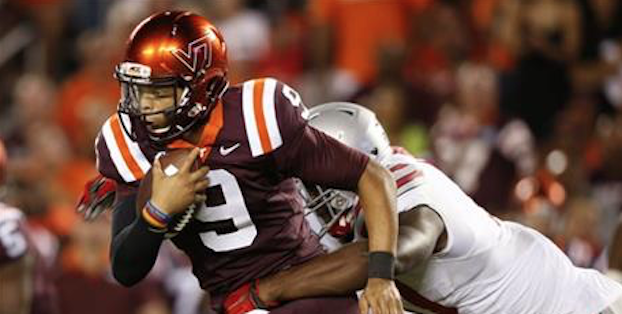 Virginia Tech, like most of its ACC peers, broke spring practice earlier this month. Like a few of their league rivals, the Hokies appear to be heading into the 2016 season with an unsettled situation at quarterback.

Although two players seem to have emerged as the likely top pair on the depth chart, it’s unlikely that the competition will be settled before August.

At least for now, the battle for the starting job in Blacksburg appears to be between Brenden Motley, who took the reins under center last year for nearly half the season following an injury to the now-departed Michael Brewer, and Jerod Evans, who arrived at Virginia Tech in January from Trinity Community College in Texas.

What will determine who wins the race?