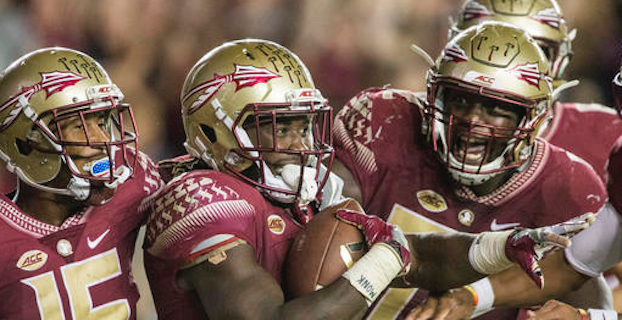 Florida State is no longer in a position to challenge for a spot in the ACC Championship Game following last weekend’s home loss to Clemson, but that doesn’t mean the Seminoles have nothing to play for.

Jimbo Fisher’s squad can still secure a berth in a respectable bowl. The Seminoles also have an opportunity to finish strong, with upcoming matchups against NC State, Boston College and Syracuse prior to the regular-season finale in Tallahassee against Florida.

Barring an ugly collapse, the Seminoles fit into a fairly tight window at this point in the season.

Many national analysts and publications project the Seminoles to stay in the state of Florida and appear in the Russell Athletic Bowl, where they’d face a Big 12 opponent, on Dec. 28.

Sports Illustrated, CBS Sports, USA Today and ESPN’s Brett McMurphy are among those projecting that the Seminoles will play in the Russell Athletic Bowl, though opinions are split between Oklahoma State and West Virginia as to who FSU will play. The Russell Athletic Bowl gets the No. 2 choice of ACC schools following the New Year’s Six Bowls.

Even if the Seminoles don’t play in Orlando, that doesn’t mean they’ll be leaving the Sunshine State.

Bleacher Report is pitting the Seminoles against Arkansas in the TaxSlayer Bowl on Dec. 31 in Jacksonville. Florida State last faced an SEC opponent in a bowl game when it defeated Auburn in the 2013 BCS National Championship Game.

The Sporting News deviates a bit from the home-based theory, projecting Florida State to play Stanford in the Hyundai Sun Bowl in El Paso.