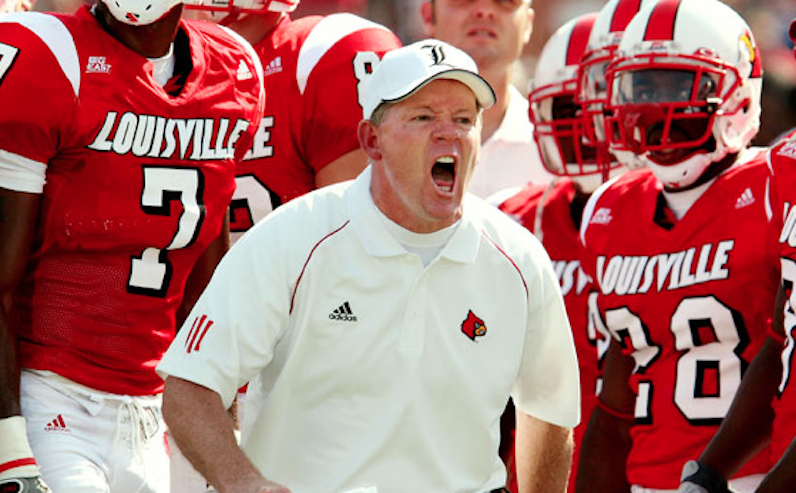 Just after Christmas, Louisville made a move for one of the top quarterbacks in the 2018 class. Justin Rogers, a 6-4, 180-pound product of Parkway High School in Bossier City, La., received his offer from the Cardinals on Dec. 27.

Louisville joined ACC rivals UNC and Miami, along with numerous other Power Five schools, in offering the consensus 4-star passer. Rogers ranks as the No. 124 prospect in his class, according to 247Sports’ composite rankings.

In early March, Rogers revealed a top seven that includes Louisville, along with Harvard, LSU, North Carolina, Oregon, Tennessee and TCU. Since that time, Texas has entered the picture, too. Rogers attended a junior day in Austin in late February, and on March 23, the Longhorns offered.

While the Cardinals have stiff competition for Rogers’ services, they have several cards to play in this recruitment. Louisville’s current quarterback, Heisman Trophy winner Lamar Jackson, may be the best pitch.

Louisville has long been regarded as an appealing destination for quarterbacks under Bobby Petrino. In his first season at Louisville in 1998 as an offensive coordinator, Petrino worked with Chris Redman. Redman went on to establish Louisville and Conference USA records for passing yards, completions, attempts and touchdowns. He was a third-round selection of the Baltimore Ravens in 2000.

Petrino’s latest elite quarterback with the Cardinals is Jackson. The Heisman winner will consider a jump to the NFL after the 2017 season, which is another angle the Cardinals can use for Rogers: the chance to compete for early playing time.

Although Petrino didn’t recruit or coach him, the Cardinals can also talk up the career of Teddy Bridgewater. Like Jackson, Bridgewater is another quarterback who came to Louisville and had a brilliant career on his way to the pros.

If he commits, Rogers could be next in the long line of great Louisville quarterbacks; the focus for the Cardinals now is to get him on campus and sell him on the opportunity.

Will Donovan Mitchell be Louisville’s next NBA first-rounder?