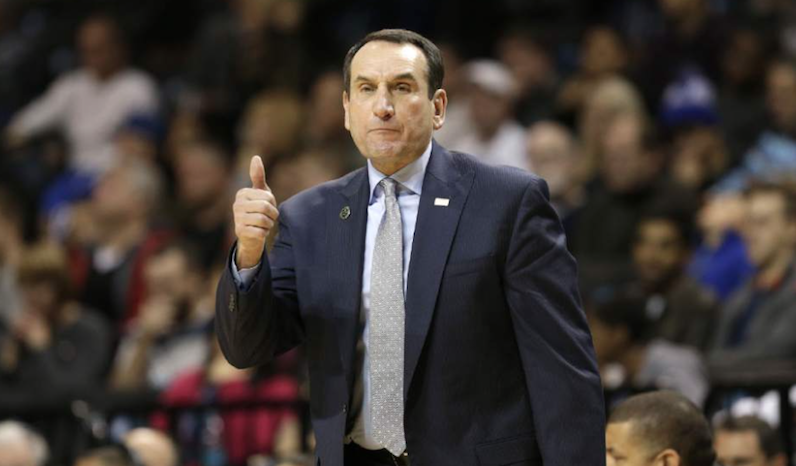 Duke hopes to get good news from Trevon Duval when he announces his college decision in the near future.

The Blue Devils are among the finalists for Duval, the No. 1 point guard in the 2017 class.

But even if they don’t land him, the Devils took steps toward covering themselves in the backcourt when they secured a commitment from Jordan Goldwire this week.

A 3-star guard from Norcross, Ga., Goldwire nearly committed to Eastern Kentucky. However, Duke swooped in with a late, strong push. Goldwire visited campus on Monday, spending the day with head coach Mike Krzyzewski and his staff.

By Monday night, he’d received a scholarship offer, which he quickly accepted.

Goldwire doesn’t fit the profile of usual Duke recruits. Krzyzewski and his staff often pursue 4- and 5-star players who are considered one-and-done possibilities. Duval fits that description. So does 6-8 forward Kevin Knox, another 5-star player whom Duke hopes to land in the coming days.

Instead, Goldwire fits the profile of a player who will spend four seasons with the Blue Devils. In that light, he fits right in with Duke’s two-cycle approach to recruiting.

Krzyzewski seeks top talent, which means he dived into the one-and-done pool with both feet years ago. At the same time, he seeks annual roster certainty that comes with players like Goldwire and fellow Georgia guard Alex O’Connell, another member of Duke’s 2017 class.

O’Connell is a shooting guard, just as Duke signee Gary Trent Jr. is. Trent, though, is more likely to stay just a season or two.

It’s similar to 2010, when Duke signed point guards Kyrie Irving and Tyler Thornton in the same class. Irving stayed one injury-shortened season before becoming the No. 1 overall pick in the NBA Draft.

Thornton stayed four seasons and grew into a captain by his senior campaign.

The following year, Austin Rivers and Quinn Cook came in together. Rivers stayed one year before becoming a first-round pick in the NBA Draft. Cook stayed four seasons, developing into a starter and captain on Duke’s 2015 NCAA Championship team, where the starting lineup included one-and-done stars Jahlil Okafor, Tyus Jones and Justise Winslow.

Duke also decided to pursue Goldwire after guard Frank Jackson declared for the NBA Draft. Though Jackson has yet to hire an agent and could return to Duke for his sophomore season, Krzyzewski sought Goldwire to further cover against a lack of ball-handlers on next season’s team.

Krzyzewski was also thinking ahead to the 2018-19 season and beyond. If Duval comes along with Trent, both players could be gone by then. So, too, would be Grayson Allen, following his four-year career.