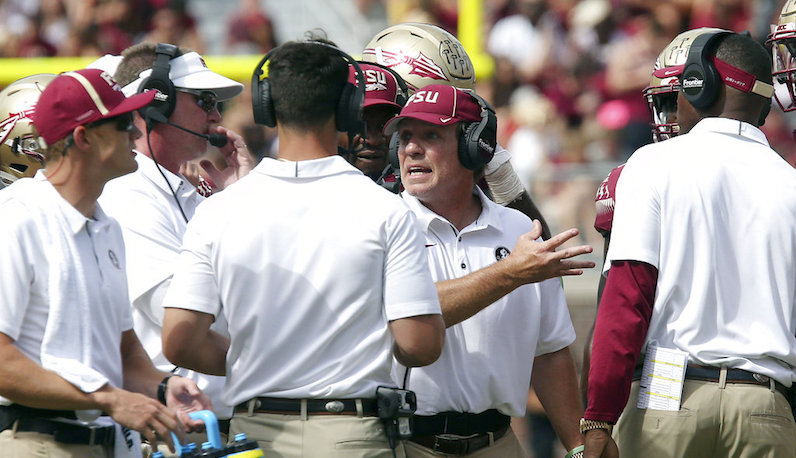 Things are slightly better this week in Tallahassee following a 27-24 win over Syracuse. The key word here is slightly. Upcoming is a trip to reigning national champion Clemson. Earlier this week, FSU rescheduled a contest with Louisiana-Monroe in hopes of keeping alive its 35-year bowl streak – something that would have been unimaginable before the season.

Fans – and with fans, come boosters – want to see significant changes made within Fisher’s coaching staff before next season and for good reason. Not only is the aforementioned bowl streak in jeopardy, but the five losses before November is more than FSU has had in any previous season under Fisher. The Seminoles have also failed to win the Atlantic division for a third straight season and have recently started to take a hit on the recruiting trail.