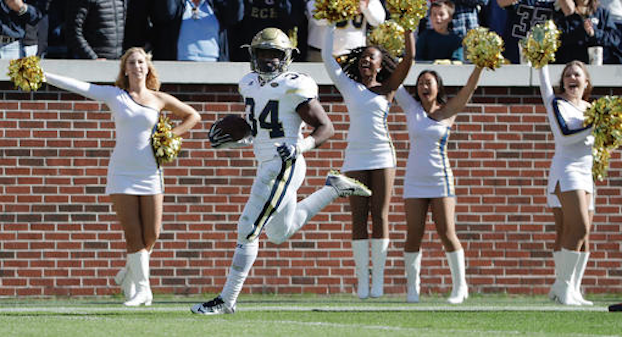 Georgia Tech’s top rusher from the last two seasons has played his final game as a Yellow Jacket.

Sophomore B-back Marcus Marshall took to Twitter on Wednesday to announce that he is transferring out of Tech:

Marshall claimed the starting B-back spot toward the end of the 2015 campaign, rushing for 654 yards and four touchdowns as a freshman. He started six of the 11 games in which he played this fall but faced new competition at the position as true freshman Dedrick Mills started six contests despite being suspended for three.

This season, Marshall rushed for 624 yards on 6.5 yards per carry for four scores. He also caught three balls for 92 yards and a touchdown.

The Raleigh, N.C. native plans to transfer after the fall semester. He’ll have two years of eligibility remaining after sitting out the 2017 season if he plays at another FBS program.