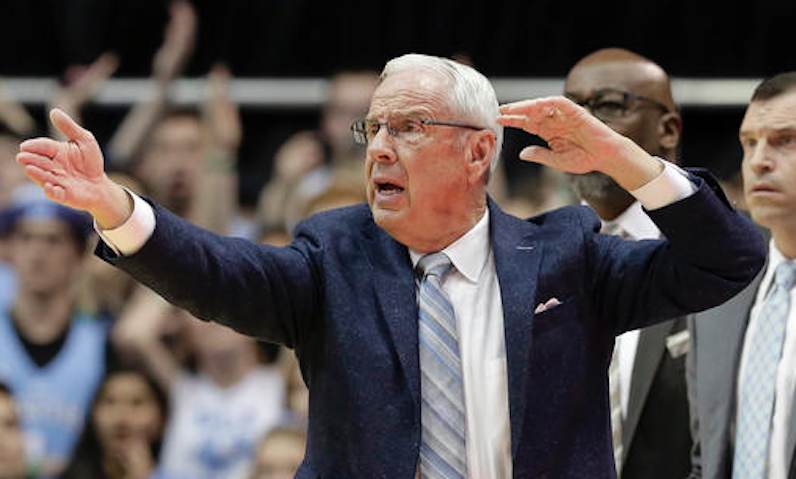 Roy Williams has one glaring weakness on his roster. (AP Photo)

North Carolina might be back in the hunt for a basketball prospect who once appeared to be headed elsewhere.

UNC made a run at 2017 power forward Garrison Brooks last fall. The Tar Heels hosted the 6-9 big man in Chapel Hill last November shortly before he signed with Mississippi State. Now that the Bulldogs have reportedly granted Brooks’ request for a release from his letter of intent, the reigning national champions could rejoin the mix.

The Tar Heel coaches began targeting Brooks aggressively in the summer of 2016. The Alabama native raised his stock considerably in July on the AAU circuit. By September, Roy Williams extended a scholarship offer.

Brooks showed mutual interest with Carolina before signing with Mississippi State, where his father, George, is an assistant.

Now that Brooks is back on the market, the next step is to see if — and how much — UNC will get involved.

With the impending losses of Isaiah Hicks and Kennedy Meeks, UNC needs players to step up in the post. Tony Bradley would be a natural fit to assume some of the burden. However, he is also considering his NBA options. Bradley’s departure would put the Tar Heels in a bind with only one returning post player, Luke Maye, with substantial college experience.

Even if Bradley returns, he’s more of a true center. The Tar Heels need depth at the 4, and Brooks could provide that.

That will make UNC’s potential pursuit of Brooks one of the top offseason recruiting storylines for UNC.