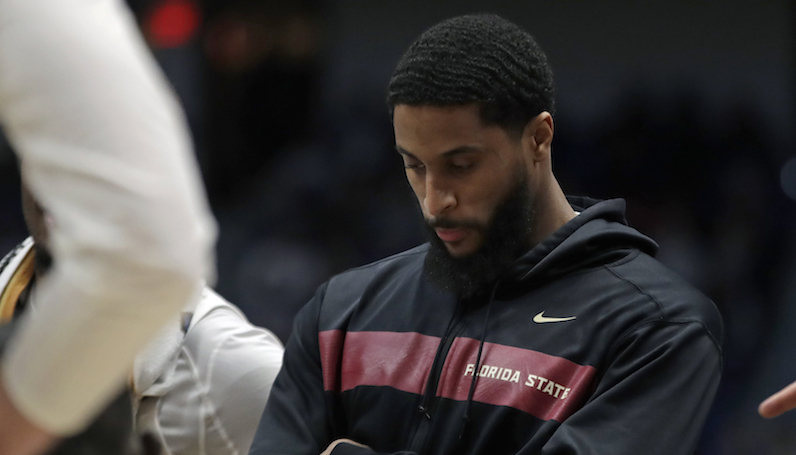 Florida State's Phil Cofer watches during a team huddle in the second half of a second round men's college basketball game against Murray State in the NCAA Tournament, Saturday, March 23, 2019, in Hartford, Conn. Florida State won 90-62. (AP Photo/Elise Amendola)

Leonard Hamilton tells me he doesn't expect Florida State to have Phil Cofer for Thursday's Sweet 16 game against Gonzaga. Hamilton: "We're going to respect Phil during this tragedy and the passing of his father. He knows where we are and we know where he is. We're here for him."

Cofer learned about the tragic news regarding his father, after the team’s opening round win over Vermont. He didn’t play in that game due to a nagging foot injury.

Two days later, Florida State knocked off Ja Morant and Murray State to punch its ticket to another Sweet 16. Cofer was in attendance for that game. A day after that win on Saturday, Cofer tweeted this out.

One of the top veterans in the ACC, Cofer is an excellent leader and at the very heart of Florida State’s team. During his five years at FSU, he’s played in 133 games (84 starts), including 19 this season: 7.4 points and 3.5 rebounds per game.

(Best of luck to Phil and the Cofer family. We’re thinking about you guys.)