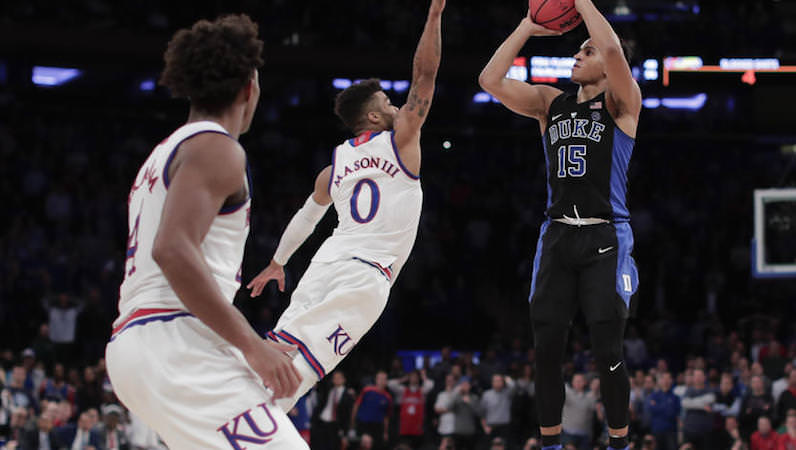 Several players on the NBA Draft early entry list have decisions to make in the next three weeks. Duke guard Frank Jackson is one of those players.

May 24 is the NCAA’s deadline for underclassmen to withdraw from the draft in order to maintain college eligibility. Jackson, who has not yet hired an agent, remains undecided on whether or not he’ll return for his sophomore season.

He might be waiting on another decision before making his own.

Duke’s coaches still have multiple players on their 2017 recruiting board. Among those is consensus 5-star point guard Trevon Duval.

“You put your name in to cover your bases potentially on what happens with Trevon Duval and who he commits to,” Goodman said. “If he commits to Duke, then the ball is probably going to be in his hands.”

Jackson averaged 10.9 points per game as a freshman for the Blue Devils. He split time between point guard and shooting guard.

Former All-American and rising senior shooting guard Grayson Allen announced last month that he will return to Duke. In addition, the Devils will welcome 5-star newcomer Gary Trent Jr. — another 2 guard — next season.

A commitment from Duval would mean a crowded backcourt for Duke and uncertainty for Jackson.

Duval is the No. 5 overall player in the 2017 class, according to 247Sports’ composite rankings. Click below to hear the full interview with Goodman: