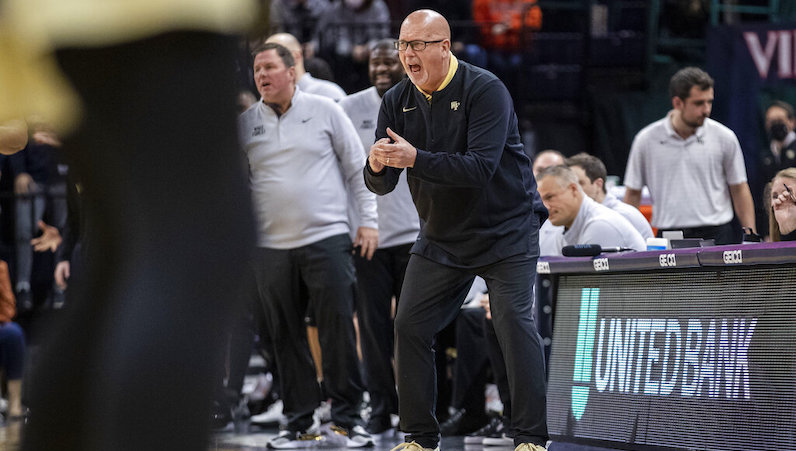 Initially, the 6-foot-6 Monsanto was believed to be out for the entire 2021-22 season. Last June, Monsanto suffered an Achilles injury, which required surgery. That, however, has changed.

This is a bombshell from Steve Forbes.

“Damari Monsanto has made the decision to play this year and will be available Wednesday night.”

The ETSU transfer had surgery this offseason and was believed to be lost for the year. He instantly might become Wake’s best shooter.

This is possibly a big-time addition for Wake Forest. The Demon Deacons already have a couple of floor-spacing/matchup-problem forwards with Jake LaRavia and and Isaiah Mucius. However, Monsanto would add another scorer and shooter around the dribble-drive game of point guard Alondes Williams. That’s not nothing, either.

Monsanto, who was named the SoCon Freshman of the year, scored 1.1 points per spot-up possession, according to Synergy Sports.

Alondes Williams is a lock for First Team All-ACC, in contention for ACC Player of the Year