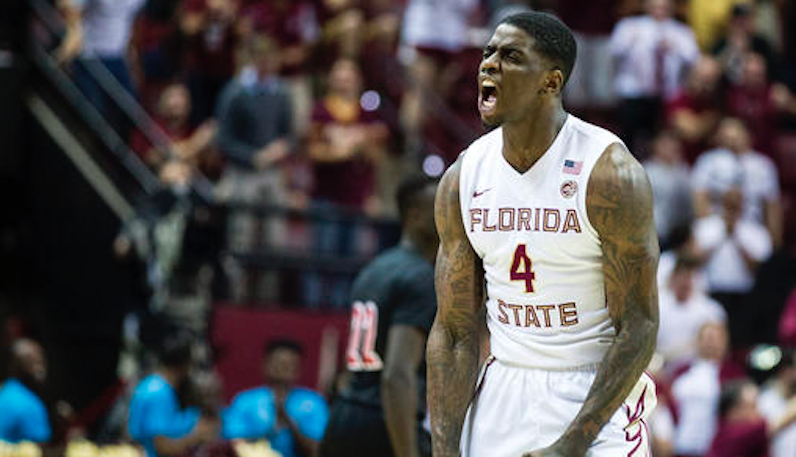 What looked to be a make-or-break six-game stretch for Florida State at the start of the season has made believers out of everyone watching.

No. 6 FSU completed that stretch against AP Top 25 opponents with a 5-1 record. A thrilling 73-68 win over Louisville on Saturday capped it all off. The lone blemish during what some described as a gauntlet came at North Carolina on Jan. 14.

At 18-2 overall, tied for first place in the ACC and with its highest national ranking in nearly a quarter century, the Seminoles have the look of a contender and are probably a lock for their first NCAA tournament berth in five seasons. Despite getting through the roughest patch of games nearly unscathed, FSU hardly faces smooth sailing from here.

The Seminoles pay return trips to Duke and Notre Dame in February. FSU has already defeated both of those teams in Tallahassee, but winning on the road will be more difficult.

Winning on the road will need to be the theme down the stretch for Florida State this season to maintain a high NCAA tournament seed. Five of FSU’s first seven ACC games have come at the friendly confines of the Donald L. Tucker Center. Seven of the next 10 will be on the road.

While the Seminoles are 14-0 this season at the Tucker Center, they’re 4-2 away from home. The most impressive victory was a 60-58 road decision over Virginia on Dec. 30, but the other wins are over Manhattan, George Washington and Big Ten bottom-feeder Illinois. FSU also lost in New York to a Temple team that sits at just 10-10 on the season and 1-6 in American Athletic Conference play.

Not only will FSU have to leave Tallahassee, but it will be doing so with a rather large bullseye on its chest. With the hot start, Florida State now finds itself in an unfamiliar role as the hunted.

Over the final month and change of the regular season, Florida State will have to travel to face two ranked teams and the likes of Georgia Tech, Syracuse, Miami and Pittsburgh. Not only do those teams tend to play much better at home, but they currently sit on the NCAA tournament bubble. Facing Florida State is no longer about jockeying for ACC Tournament position. It’s now about notching a signature win on the NCAA résumé.

It shouldn’t take long before we know how FSU might mitigate a road-heavy schedule to conclude the season. The Seminoles will start a three-game stretch away from home on Wednesday night at Georgia Tech before facing Syracuse on Saturday and Miami to open February.