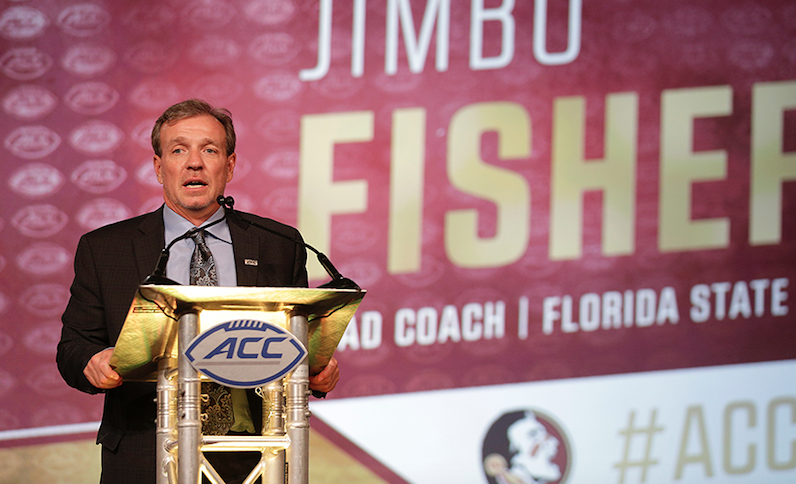 Listed at 5-10 and 173 pounds, Lytton is the No. 21 overall prospect and the No. 3 cornerback in his class, according to 247Sports’ composite rankings. He should add to a proud legacy that FSU has when it comes to defensive backs.

The list of All-Americans from Deion Sanders to Terrell Buckley to Clifton Abraham to Tay Cody goes on and on. In recent years, Jimbo Fisher and company have felt no need to change the program’s proud heritage.

If current rankings hold, Lytton would be the eighth top-five defensive back to sign with FSU under Fisher. That doesn’t include All-American and eventual Jim Thorpe Award finalist Lamarcus Joyner, who was the No. 2 athlete in 2010.

Though a bit on the small side, Lytton is the real deal when it comes to cover corners. He breaks on the ball well and has great technique for a high school junior.

When Lytton arrives, he’ll join an already loaded secondary. That group is likely to include Levonta Taylor, Kyle Meyers, Stanford Samuels III, Cyrus Fagan and Carlos Becker. Safeties Derwin James and/or cornerback Tarvarus McFadden could bolt for the 2018 NFL Draft, but when it comes to the secondary, the Seminoles have always seemed more inclined to reload rather than rebuild.

When the conversation of “DBU” comes up, FSU is unquestionably in the mix along with rival Florida and LSU. Kenyatta Watson, a 2019 safety prospect and FSU commitment, said it weighed heavily on his decision.

“Other than education, for Florida State, you have to be the type of defensive back that they produce,” Watson said in an interview last month with The Daily Nole. “There’s a lot of schools that say they’re ‘DBU’. LSU will say it, Florida will say it. Really, Florida State is where it’s at.”

In addition to Lytton, 4-star standout Asante Samuel Jr. has committed to the Seminoles as a cornerback this cycle. FSU is likely LSU’s biggest challenger for the services of Patrick Surtain Jr. — the nation’s top corner. The Seminoles remain in the mix for Tyreke Johnson, the No. 2 safety in the country for 2018, as well.

If there is a sliver of bad news for the FSU secondary, it’s that it did lose 4-star cornerback pledge Isaiah Bolden last weekend. Bolden flipped from FSU to Oregon, but considering Lytton’s commitment, he may have seen the writing on the wall.

If the Seminoles do nothing else for 2018, they’re in great shape when it comes to a cornerback class. Now the task will be keeping it that way through Signing Day next February.