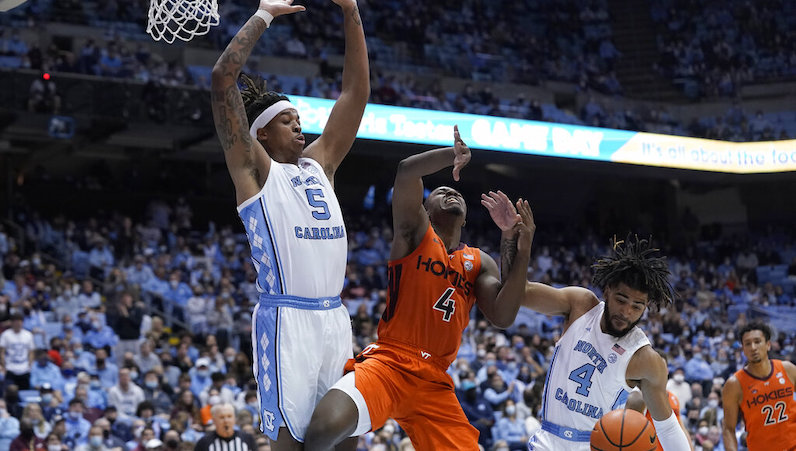 There are only three weeks left in the regular season for college basketball. Before you know it, nets will be cut, bubbles will burst and some CBS production assistant will cue up “One Shining Moment.” Before we get to March Madness, though, several ACC teams need to complete their postseason resumes.

Here’s a look at where several ACC teams stand, currently. To do so, we’ll use Bracket Matrix, which takes a weighted measurement of several different bracket projections. This forms a more holistic view of where a team stands, currently.

For the time, four ACC teams are on the right side of the bubble: Wake Forest, Miami, North Carolina and Notre Dame.

Teams In The Field

The Hokies are currently well outside the NCAA Tournament bubble; however, it’s not inconceivable that Mike Young’s team could sneak in. Virginia Tech has won six straight game, although none of those isolated victories are doing much for the resume.

North Carolina travels to Blacksburg on Saturday, which is an important game for Virginia Tech. Beyond that, VT will travel to Miami for a matchup with the Hurricanes on Feb. 26. After that, the ACC Tournament looms.

Currently, Virginia Tech is 0-5 in Quad 1 games. There’s a lot of work to be done here, and time is running out.