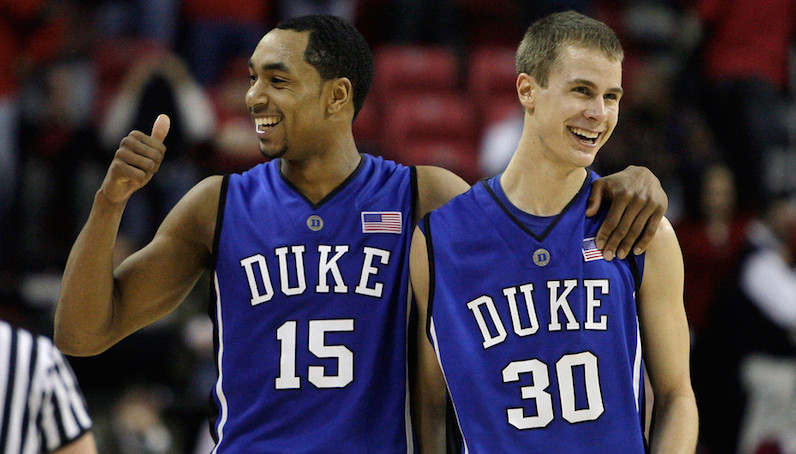 Gerald Henderson and Jon Scheyer celebrate towards the end of a road win at Maryland in 2006. (AP Photo)

Ahead of Duke and UNC’s first matchup of the 2021-22 season, Gerald Henderson was on WSJS’s ‘The Drive’ with Josh Graham to talk about his experience with the rivalry. Henderson gives his thoughts on playing in front of hostile crowds, his best friend playing for UNC, watching Duke-UNC games while in the NBA, and Austin Rivers helping him win a large wager. Henderson also addresses how much this being Coach K’s final game in Chapel Hill will weigh on the players and gives his thoughts on Jon Scheyer stepping into the role of head coach.

Listen to the full interview here:

Hear more about Duke and UNC