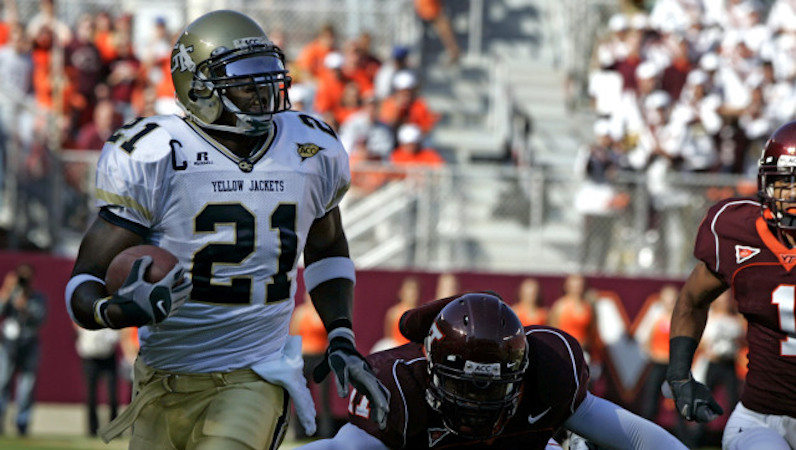 When the Georgia Tech football team hits the field in 2018, they will have a new look. The Yellow Jackets, will still run Paul Johnson’s patented triple option; the difference, however, will come in terms of apparel. For the first time since 1992, Georgia Tech will not wear Russell Athletic jerseys and gear.

News on the subject broke earlier this week. Athletic director Todd Stanbury, who was hired by the institute last September, said he has already begun to negotiate with Nike, Adidas and Under Armour.

Georgia Tech’s 10-year deal with Russell Athletic will come to its conclusion in June 2018. After that, the teams will transition to one of the three sports apparel giants.

Georgia Tech is the only Power Five athletic program to wear Russell Athletic. Auburn was a longtime partner with Russell, but back in 2005, the Tigers became an earlier adaptor for Under Armour.

This news was received with much rejoicing from fans of the Yellow Jackets, reports the Atlanta Journal-Constitution.

Where will Georgia Tech fit in?

Thanks to the excellent research from Ken Sugiura at the AJC, we can see what other Power Five schools wear. According to Sugiura, Nike dominates this market: 43 of the 65 power-conference programs wear the swoosh. Under Armour — an emerging force in the sports apparel world — has deals with 11 programs; Adidas isn’t far behind, though. Adidas sponsors 10 teams.

Within the ACC, Nike remains atop the class. Nine ACC programs have contracts with Nike, including Duke, Florida State and Clemson.

Back in March of this year, North Carolina announced its football team would become a part of Jordan’s Jumpman brand.

NC State and Louisville have long been stalwarts of the Adidas brand. Miami joined them back in 2015; the Hurricanes and Adidas agreed to a 12-year contract that runs through 2027.

Boston College and Notre Dame are the conference’s two Under Armour representatives. After years with Adidas, Notre Dame agreed to terms with Under Armour in 2014. ESPN reported that 10-year deal being worth around $90 million.

If Georgia Tech were to ink with Under Amour, it would give Maryland-based company three ACC programs.